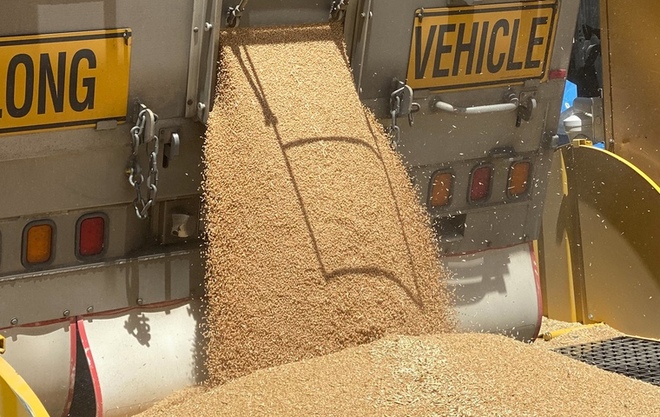 Domestic prices through the Black Sea continue to show strength however this is more a function of slow grower selling which will become less relevant in the near future when three more sellers come online in Australia, Argentina and Canada.

On its own, there wasn’t much for the wheat bulls stemming from this report and was viewed as slightly bearish. However, support was found from row crops which painted a vastly different picture. US soybean production was lowered 3mmt while US corn production was lowered 9.6mmt due to unfavorable weather conditions, namely a storm which ripped through the main corn belt in Iowa. US corn ending stocks were also reduced by 6.5mmt driven by recent Chinese purchases which although the USDA left Chinese corn imports at 7mmt it has been suggested this number could easily be double that given the Chinese have purchased around 7mmt to this day already.

On the domestic front, it appears the grower confidence is increasing with strong forward sales taken across NSW for the month to date. With an increasingly favorable forecast becoming more apparent, NSW is poised to harvest one of its best crops in recent times with ABARE’s forecasting a whopping 10.26mmt for the state alone. With wheat crops potential ranging from 3-6t/ha across the Port Kembla zone, current track numbers of $290-$300 pose an attractive return in the vicinity of $1000/ha to the grower across most delivery sites. This combined with the rainfall outlook is seen as attractive to the grower and encouraging forward sales.

Old crop barley markets have nearly broken the inverse with BAR1 trading $210-230 XF throughout the Riverina and headed into the few remaining shorts on the Darling Downs until the new crop arrives. Off spec barley has been difficult to place with end users well aware of the size of the coming crop and given the condition it is in, suggesting quality issues to be minimal.

With the current rainfall outlook showing 10-20mm at the time of writing throughout the Port Kembla zone this weekend coming, the potential of this crop is getting every chance to be realised.

The size of this crop is expected to stress test the industry come harvest time and hence why the development and importance of contactless harvest delivery systems have been accelerated to be implemented this coming harvest at all GrainFlow sites across NSW and Victoria.