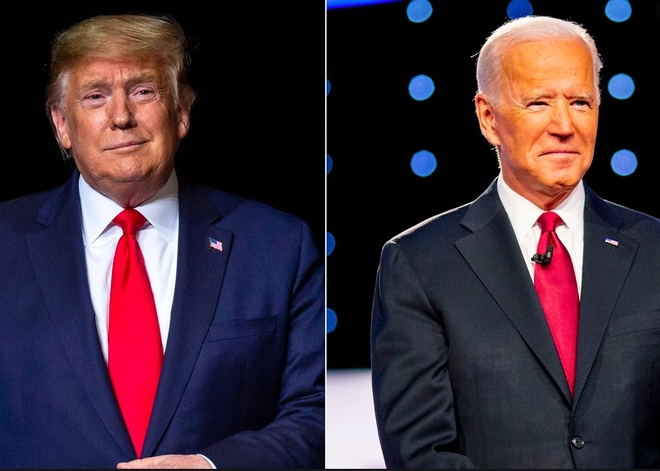 Two global races will dominate the news wires here in Australia this week. The first is the Melbourne Cup which will have been run and won by the time most people read this report. Considering the calibre of the international visitors, this year’s edition would have to be amongst the strongest in the history of the race.

However, the quality of the local contingent is also solid, and there are a couple of horses that have done most of their racing in Australia who will be carrying my hard-earnt this year.

The second event, of course, is the United States Presidential election which culminates this week after what feels like an eternity. Unlike other developed countries, the US does not have any laws limiting the length of their election campaigns, and this one will have lasted 1,194 days by the time the ballots finally close on Tuesday.

Global equities and futures markets will be eagerly awaiting the result. A victory for the blue corner could stimulate inflationary pressures in the US economy, which would be bullish for agricultural futures markets. Interesting that the funds are carrying serious long positions in both corn and soybean futures going into election day. If the red corner is returned to the White House, it will signal a continuation of existing economic and political policies.

Both Donald Trump and Joe Biden made wide-ranging promises over the last weeks of the campaign to protect the corn-based ethanol industry to secure last-minute support across the crucial Farm Belt states. The industry is extremely concerned about its future as the next President will preside over a broad-ranging reassessment of the congressional mandate to blend biofuels with petrol.

The Renewable Fuel Standard was created in 2005 to reduce US oil consumption and greenhouse gas emissions, and the potential reset in policy could define ethanol’s role beside oil in a low-carbon economy. Some industry pundits believe that the US has already reached peak ethanol demand as the fuel efficiency of vehicles continues to improve, the adoption of electric vehicles increases rapidly, and many young people choose not to drive.

Joe Biden has promised to accelerate the electric car sales trend if he wins office on Tuesday, a pledge that has both US farmers and ethanol refiners concerned. But he has also promised a more multilateral approach to international trade and pursue a trade policy that works for American farmers.

However, it appears that the US farmer continues to be firmly in the republican corner despite a trade war with China that has cost the US agricultural industry tens of billions of dollars. It is quite a bizarre scenario since Trump's long-running stoush with China has seriously challenged farm profitability.

Of course, huge subsidies are being paid to farmers to offset the reduction in income resulting from the trade war, but in most cases, farmers are still out of pocket. Some critics have accused the President of using the US$28 billion subsidy program, funded by the US taxpayer, to buy farmer votes.

And when it comes to the environment, the two candidates are poles apart. Trump has criticized environmental regulations as needless red tape, and his first term administration has taken steps to diminish or abolish them.

Biden has promised a democrat presidency would make changes to a number of environmental regulations that would benefit farmers. He has proposed boosting the use of clean-energy sources, which could potentially encourage the viability of more grain-based biofuels. He has also suggested that farmers would receive income subsidies based on the adoption of environmental practices that improve carbon sequestration under a democrat government.

Meanwhile, US farmers are busy with their row crop harvest which is running well ahead of recent years and is quickly approaching its finale. As of November 2, the corn harvest was reported to be 82 per cent completed. This compares to just 49 per cent on the same date in 2019 and the five-year average of 69 per cent.

The US corn market was sharply lower last week on the back of profit-taking and the risk-off sentiment ahead of the election. But it did bring out some buyers with Mexico booking 1.43 million metric tonne of US corn, their biggest purchase in almost 12 months. China has been absent for two weeks, but reports continue to circulate that Beijing is considering additional tariff rate quotas to satisfy burgeoning domestic requirements in the face of lower production.

The soybean harvest was reported to be 87 per cent done as of yesterday, compared to 71 per cent at the same time last year and a five-year average of 83 per cent. There were some weather delays in the last seven days, but the next ten days look to be clear which should allow the harvest to conclude in many regions.

The Chinese were relatively quiet on the buying front last week, but they were in the market seeking offers from both the US and Brazil. The talk is that the private buyers in China are waiting for the US election to play out before taking on any additional cover.

The US winter wheat regions finally received their much-needed drink. This led to a slight improvement in crop ratings to 43 per cent good to excellent. This compares to just 41 per cent when the first numbers were released last week and 57 per cent at the same time in 2019. The winter wheat seeding program is nearing completion with 89 per cent of the projected area planted, in line with 88 per cent last year and the five-year average of 86 per cent.

Back to the topic at hand where one would think it should be easier to pick the winner of a two-horse election marathon than the Melbourne Cup with 24 runners. The polls say Biden, but they were tipping Clinton 4 years ago and look who won. It seems many in the US are closet Trump supporters, so who knows? I will stick to the horses: much more fun, I will get a good run for my money, and win, lose or draw I will be happy with my choice!