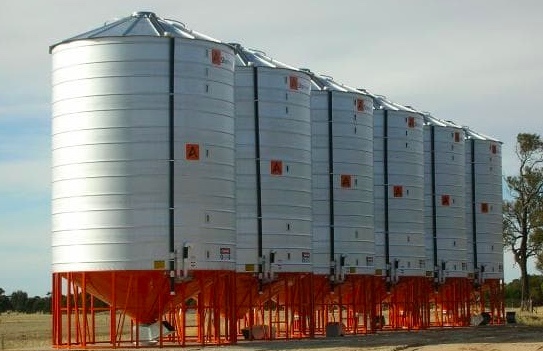 Australian winter crop production prospects have received a massive boost as the heavens finally opened across a significant portion of the continents farming districts over the last ten days. Several systems have rolled across the continent, delivering a much-needed moisture boost to crops that were starting to feel thirsty after receiving below-average rainfall in June and July.

The Bureau of Meteorology (BOM) has been forecasting a wetter than average August for most of the southern half of the country and the rain over the last week has been a very welcome affirmation of that sentiment. According to the BOM, the tropical Pacific Ocean is projected to approach La Niña levels in early spring. At the same time, warmer than average waters are likely in much of the central and eastern Indian Ocean.

The Pacific influence is strongest in the wetter September to November outlook for eastern Australia, and cooling of the sea surface temperatures across the equatorial Pacific in recent weeks is an excellent meteorological signal that the wet will continue into the spring, as the BOM has forecast.

In Queensland, some meaningful falls were received across most of the inner Darling Downs late last week. However, registrations were less than had been hoped and were lower and more scattered further west. Falls in Central Queensland also disappointed and with harvest only a month away it is almost too late to make a big difference.

New South Wales has been the biggest winner thus far with almost all of the states cropping regions receiving at least 15mm, with double that in some areas and more on the horizon. Much of the state was already an oasis, and the turnaround in production will be phenomenal compared to the last couple of seasons.

The state is now on track for above-average yields, across a well above average planted area with the most dramatic changes being in the central west, north east and north western parts of the state. According to DataFarming’s Agri-Intelligence platform, the actively growing crop area in those regions at the beginning of August was around 4.3 million hectares compared to less than 800,000 hectares at the same time last year.

Rainfall registrations in Victoria were generally above 15mm across most of the states cropping regions. The Mallee crops were parched and showing signs of moisture stress before the change moved through and delivered upwards of 25mm to most of the region’s farmers. Victoria was the flag bearer in terms of eastern state production in 2019 and this season’s viable cropping area is currently tracking a very similar path to last year.

The August rainfall registrations in South Australia have been disappointing thus far. The northern reaches of the state’s arable area are dry, and the crops are stressed. Growers are desperate for a decent drop. More falls are forecast over the next week, and that will be critical to the prospects of average state production this season. The actively growing cropping area is currently tracking a similar path to 2019, so the potential is there if the rains arrive.

Western Australia has also been dry, but the falls month-to-date have been better than South Australia. The southern parts of the Albany and Esperance zones saw significant falls early last week, and most of the gaps were filled in over the weekend when a second frontal system entered the state. However, there are still a few dry pockets in the eastern cropping areas that are feeling the pinch and getting desperate for a moisture top-up.

That said, production prospects for the state are well ahead of the same time last year. Analysis of satellite data via the Agri-Intelligence platform suggests that the actively growing crop area in Western Australia at the beginning of the month was just over 5 million hectares compared to around 2.7 million hectares in early August last year.

However, that area is significantly lower than in New South Wales, and the root zone moisture status in the west is also far inferior suggesting that the country’s breadbasket will move east in 2020 for the first time since 2016.

This production swing will relieve Western Australia and South Australia of their role of major domestic grain suppliers to the eastern states, freeing up millions of tonnes of wheat and barley for export to traditional customers throughout Asia and the Middle East.

Southern Queensland is a vast domestic demand hub, and the supply picture will revert to more normal logistics pathways after harvest. The drawing arc will extend into New South Wales rather than coastal shipments from the traditional export states as a result of the recovery in east coast production.

Over the last two years around 5.75MMT of grain, that would typically have been exported, has been shipped around the Australian coastline to satisfy domestic demand in New South Wales and Queensland. Almost 70 per cent, or 4MMT of that, made its way into the Sunshine State for food and livestock consumption.

The domestic grain market plummeted last week as the forecast of rain became a reality, the weaker Green Back pushed the Aussie higher, and United States futures markets continued their recent retreat. The futures fall was on the back of favourable crop/weather reports out of major exporters Russia, Canada and Australia.

Both old and new crop prices took a hit as the Australian grower and trade turned seller. New crop Kwinana APW wheat and F1 barley fell AU$20 and AU$11 respectively over the week. The falls in South Australia were less with new crop Adelaide APW down AU$17 and F1 AU$7 lower by close of business on Friday.

Global wheat production actually received a surprise boost last week with the news Canadian farmers are on track to harvest a record 39 million metric tonnes (MMT) of wheat this campaign, surpassing the 2013 record of 37.6MMT.

This added to the price pain as carry-out stocks in the major exporters now appear to be growing while the full impact of the COVID-19 pandemic on worldwide demand continues to cloud the true state of the global balance sheet. The market will be very focussed on what production and demand changes the USDA make in this week’s WASDE report.