Grain Industry provides about 1 job for every 1000 tonnes produced 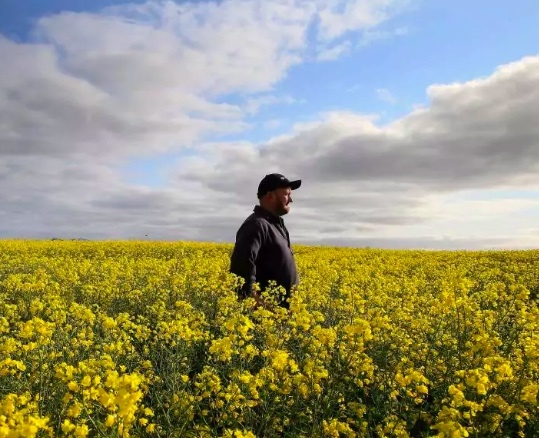 A new report has revealed a strong correlation between Australian grains production and jobs in regional areas – about one job for every 1000 tonnes of grain produced.

GRDC head of industry and government relations, Justin Crosby, says grains comprise about a quarter of the value of Australia’s agricultural industry.

“The GRDC’s core business is about investing in research, development and extension (RD&E) to give Australian grain growers the tools they need to be profitable,” he said.

“This report clearly shows that grain growers are the backbone of many of Australia’s regional economies and demonstrates the critical importance of ensuring that they continue to be profitable.”

Mr Crosby says the findings show there is one grain production job for every 1196 tonnes of Australian grain produced.

“The number of grain production jobs – people involved in the growing of grain, which may be in combination with the production of other crops and livestock – increases with raw grain tonnage and gross value,” he said.

“For every 100,000 tonnes of grain produced there are, on average, 87 grain production jobs in the northern growing region (Queensland and New South Wales); 121 in the southern region (Victoria, South Australia and Tasmania); and 54 in the western region (Western Australia).

“Grain worth $10 million in gross value generates, on average, 22 grain production jobs in the northern growing region, 41 jobs in the southern region and 17 jobs in the western region.”

Mr Crosby said there were 34,745 direct grain production jobs at the time of the last Census, with the bulk being in NSW (29 per cent) and WA (23 per cent), followed by SA, Victoria, Queensland and Tasmania.

“In the face of tight labour markets in regional Australia, grain growers have been able to adapt through adopting improved technologies and achieving increased efficiencies,” he said.

“Regions with a high proportion of grain production jobs, compared with the national average, have a specialisation in grain production and are more dependent on the success of the grains industry for economic outcomes,” he said.

“These 'specialised regions' are strongly concentrated in the WA wheatbelt, the Yorke and Eyre peninsulas in SA, the Grampians region in Victoria, central NSW and inland south-west Queensland.

“Of these, the five local government areas with the greatest specialisation in grain production are all in WA and include Kent, Mount Marshall, Kulin, Dumbleyung and Narembeen – this is where grain production accounts for the highest proportion of local jobs and is most important to the local economy.”

The Grains Research and Development Corporation (GRDC) is one of the world’s leading grains research organisations, responsible for planning, investing in and overseeing RD&E to deliver improvements in production, sustainability and profitability across the Australian grains industry. GRDC’s purpose is to invest in RD&E to create enduring profitability for Australian grain growers.

Independent and informed by both research and ongoing dialogue with the community, the Regional Australia Institute (RAI) develops policy and advocates for change to build a stronger economy and better quality of life in regional Australia – for the benefit of all Australians. The RAI was established with support from the Australian Government.