From Farmer to Finance - The Greensill story 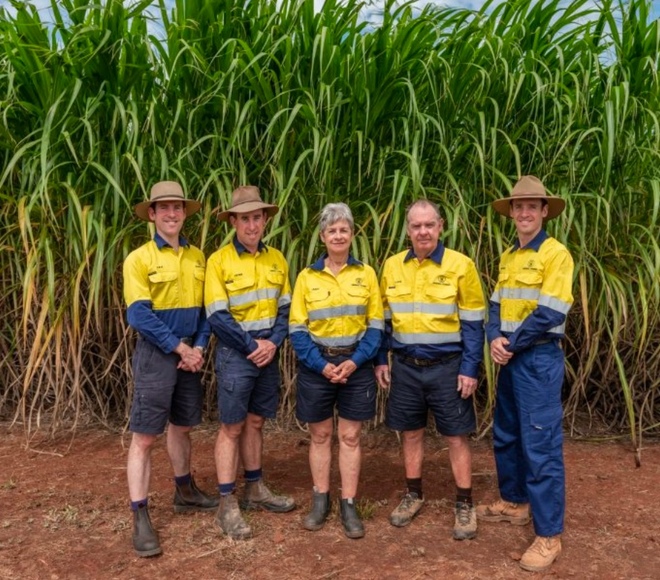 Greensill is on a mission to make finance fairer, ensuring that companies can fairly and affordably access the money they need to enrich employees, pay suppliers, and grow their businesses.

Greensill is changing the way the world gets paid, allowing companies to receive the cash they are owed as soon as a contract is complete and staff can access their wages on a daily basis without having to wait anxiously until pay day.

Greensill provides financing to some of the most innovative and imaginative companies on earth, from global household names to the millions of small businesses across the world that provide vital components and services to make the everyday objects we take for granted.

The company’s ambition to change the way the world gets paid is rooted in the humble beginnings of Bundaberg, Australia, where founder and CEO Lex Greensill grew up on his parents’ sugar cane and melon farm.

Lex saw the financial hardships his parents experienced as they often had to wait more than two years to be paid for the crops they produced.

They could not afford to send Lex to university, so he worked as a clerk straight from high school and studied for a law degree in the evening. All while working with the Fruit and Vegetable Growers Association to rewrite the payment code that ensures farmers in Australia get paid promptly and fairly.

Eventually Lex moved to London, paid his way through business school and established pioneering supply chain finance businesses for two international banks based on the code he devised on the family farm.

That same code became the foundation of the company Lex Greensill established in 2011, and which is now one of the leading providers of working capital finance in the world.

"That same code has unlocked billions of dollars of capital for millions of companies in industries as diverse as aviation and fashion, mobile phones and cars, construction and agriculture."

Last year, Greensill extended $150 billion to more than 8 million customers in over 175 countries.

The Working Capital Finance that Greensill provides is much more efficient and cheaper than other forms of finance, and it allows small suppliers — often with no official credit rating — to gain access to global financial markets on the same attractive terms as major corporations.

After nearly a decade of working to make finance fairer for companies, Greensill is now setting its sights on helping ordinary workers.

Earnd, Greensill’s latest technological breakthrough, marks the beginning of what we believe will be a revolution in the relationship between employers and their workers. It is a data-driven mobile platform that allows employees to access their pay every day as soon as it is earned – rather than waiting until the end of the month.

Greensill fundamentally believes that employees should never be charged a fee to access their earnings, so this service is provided free of charge to employees, allowing them to keep 100% of their earnings.

Lex Greensill ensured that those most in need of real-time pay have immediate access to their earnings and fast-tracked the rollout to NHS workers, in order to provide support to financially stressed stafff during the COVID-19 outbreak. This radical new approach to getting paid will be made available free of charge to every employee who chooses it.