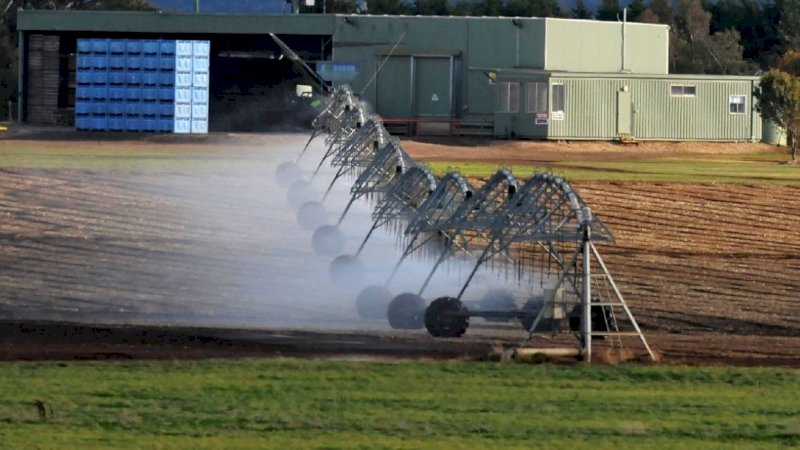 Paula and I have been lucky enough to do a tour around Tassie over the last couple of weeks. I have been to Tassie a few times before but only fleeting visits, never a decent period to have a good look around.

The Ag space in Tassie is an exciting one. Here are my observations.

The clean green image/status is starting to play its part. One Farmer I spoke to on the East Coast who has a Sheep and Wine operation said the clean green thing is something they are starting to hang their hat on. It was more rhetoric 5 years ago, but now the world is starting to come here to source products with a clean and green status. He said he is in the process of doing a single property Wool deal with an international customer and his Wine label also has potential.

The Government here has got behind an Irrigation system that is starting to really develop. Water is plentiful over here, and it makes sense to use some of that water in Agriculture. Centre Pivots are everywhere, with Sheep Farms have been converted into more intensive Dairy and Cropping operations.

Tassie lends itself to intensive Agriculture. There is still areas through the Midlands, East Coast and South to the Derwent Valley where Sheep and Cattle are run, and some Cropping is done. Other areas are turning to more intensive Agriculture, like Dairy, Horticulture, Viticulture, etc. My Farmer friend on the East Coast near Swansea has been running Sheep for nearly 200 years on their property. Merino Sheep have been the mainstay up until 10 years ago when they started their own Wine label. "Now the Sheep run a distant 2nd to the Wine," he said.

One Dairy Farm we went to had their own retail outlet selling their Cheeses and Milk. They also did food, and we stopped off for lunch. It was off the track a little, but they had plenty of people there. This is the sort of value add thing you are starting to see attached to Farming businesses. The public is embracing it, and it gets people out into Rural areas.

Like everywhere, Tassie Farmers are finding it hard to source labour. It's an issue everywhere and a topic for another day.

The locals reckon the season is ok now after a bit of a late start. You can see that the pastures are short in the Grazing areas through the Midland and around Bothwell.

80 percent of Tassie's power comes via their Hydro system. It really is an innovative system. The power is created from water which is gravity fed from dam to dam in the high country. It must have been a hell of an undertaking to build all those years ago.

Water is plentiful everywhere, and you have to see the Rivers flowing to believe it. Head up to the High Country and the West Coast for a look. It rains plenty through those areas, which helps.

Travelling through the Countryside, you get a chance to witness some of the History. The Homesteads and associated outbuildings you see on Farms are truly magnificent, and most were built on the back of Sheep and Wool.

If you are interested in this stuff, it's best to get onto the back roads where you can see all.

Land prices are going up, but one person told me the Tassie Land price have lagged behind the mainland price until recently.

They are taking Covid seriously over here, with more than 47 per cent of eligible Tasmanians having had their first dose, by far the highest of any state. In the area around Swansea, a local Doctor has taken it upon herself to get the whole town and district vaccinated, and at the time of writing, she has all but completed that task. That's leadership.

They have a ripper "Covid safe" app, and every place you go to, you have to check-in. They are sending updates all the time, but best of all, you don't have to wear a mask here. That has been bliss.

When the time comes, make sure you book a trip to Tassie and do it in the Winter, there are fewer people around, and the roads are quiet.