Demand for Grain abroad on the rise 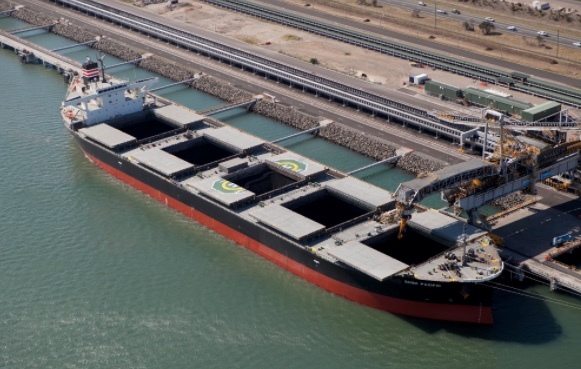 With a monster east coast harvest done and dusted and grain in the bin and the Christmas holiday period behind us, growers will likely start looking at marketing the next chunk of their crop. For those who have missed the recent commodity market news, expect to see some volatility hitting our markets that could linger for some time. In addition to a USDA report revealing plenty of bullish stories around corn and soybean carry-outs we’ve seen Russia introduce an export tax and making noise of about another in the pipeline.

With food inflation posing a problem for Russian citizens, the Russian government decided they needed to intervene and address the situation. What followed was an export tax on multiple agricultural products in the expectation that domestic customers can win a bigger share of business instead of export customers. The hope is that with a large amount of Ag products pricing more domestic that this can negate the food inflation issues. The Russian export tax announcement was quickly followed by a bullish USDA report resulting in world commodity values, including wheat, barley and canola, continuing to rise. This rise in world cash values have not helped Russia’s food inflation issues and because of this there is talk of doubling the current export tax. Nothing has yet been confirmed but if this would happen then growers can expect more price volatility in the market and with that more opportunities in the coming months.

After three big months of harvest focused activity, attention has well and truly turned to executing grain to Australia’s international customers. While all the news has been very bullish of late with agricultural products worldwide, having an efficient supply chain is required to allow exporters and growers to take advantage of these opportunities. The physical ability of our infrastructure to handle a crop of such scale could well be what dampens domestic grain values while international values appreciate.. Export slots in the east coast are being booked up, as is train and road capacity and current pricing at port compared to up-country is highlighting where the strongest demand is coming from. In the second half of the year Australia will be competing with large northern hemisphere exporting nations, each of which will be trying to take advantage of the strong global market.

With the three tough years on the east coast prior to this harvest, the export channels have been dead quiet and in some ports, the supply chains has been completely reversed to import grain from other parts of Australia, and in some cases other countries. The market is doing what it needs to at this time to get as much grain as possible exported from the east coast prior to northern hemisphere harvest. Fingers crossed the east coast can manage another decent year in 2021, and in twelve months’ time we’re again rushing to get exports out the door which all would agree, is a great problem to have.