Corn in the driver’s seat, but route is yet to be determined… 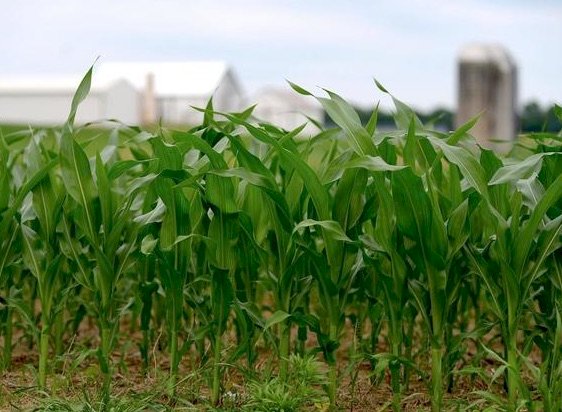 The USDA provided a fresh take on the global grain outlook with the release of the June World Agricultural Supply and Demand Estimates (WASDE) report last week. Surprisingly, the news was relatively subdued and was quickly overshadowed by ongoing global weather issues, particularly in the United States.

Corn has a firm grip on the global grain market steering wheel at the moment, and most traders and analysts were expecting quite bullish news from the USDA. While that was the case on the whole, there were still some confusing numbers, particularly the cautious approach taken to the Brazilian production issues.

This season’s corn production woes in Brazil are well documented, with some local analysts posting production numbers sub 90 million metric tonne (MMT). Nevertheless, the USDA decided to kick the can a little further down the road it seems, reducing current season production by just 3.5MMT month-on-month to 98.5MMT.

In the US, corn exports for the 2020/21 season were raised 1.9MMT to a record 72.39MMT on the back of the huge spike in demand from China. However, the China import number was unchanged at 26MMT, which appears conservative based on the unexecuted export sales still on the books and the low rate of cancellations.

The US ethanol grind was also raised by 1.9MMT with recent corn crushing, ethanol production and ethanol stocks data suggesting demand is approaching levels seen prior to the coronavirus pandemic. The net effect of these changes was a lower than expected US carry out number of 28.1MMT, down 3.8MMT compared to the May report.

In the end, global corn production for the 2020/21 season was trimmed by 3.4MMT compared to last month to 1,125MMT, reflecting the Brazil crop downgrade. Worldwide exports were pegged at 187MMT, fractionally higher than in the May report and global ending stocks came in around expectations, 2.9MMT lower than May at 280.6MMT.

Global corn production in 2021/22 is forecast to increase by 5.7 per cent year-on-year to a tad under 1,190MMT. Global consumption is projected to be 2.7 per cent above current season levels at just over 1,181MMT, resulting in an increase in global ending stocks of almost 9MMT to 289.4MMT. Exports are expected to increase by nearly 10.5MMT to a record 197.5MMT.

Interesting amongst the new crop numbers was the 10MMT decrease in US exports to 62MMT against a current season Brazilian crop that is getting smaller by the day and is overquoted by as much as 8MMT in the WASDE report. Surely, the US will have to fill the resultant supply gap when new crop production comes online. Eventually, the numbers will tell the story, but only once the USDA decides to pick up the can and admit the production hole in Brazil.

On the surface, it may seem surprising that new crop US production remained unchanged when 30 per cent of the corn belt is suffering from varying degrees of drought. However, there will be a USDA stocks and acreage update at the end of June that is widely expected to reveal a seeded area much higher than what was reported in March.

Informa released updated survey results last week, suggesting that the area planted to corn could be as high as 39.2 million hectares (Mha). That is 2.3Mha more than the USDA’s March planting intentions number and will help compensate for production currently being lost due to moisture deficit conditions in several key growing regions.

The USDA loosened the global wheat balance sheet a little in last week's report, with world production forecast to rise 2.4 per cent, or 18.6MMT year-on-year to a record 794.4MMT in the 2021/22 crop year. The highlights are a rebound in European Union production compared to the 2020 harvest and another record crop In Russia.

Month-on-month, the USDA revised the EU wheat crop 3.5MT higher to 137.5MMT, the Ukraine crop 0.5MMT higher to 29.5MMT, the US crop 0.7MMT higher to 51.7MMT, and the Russian crop 1MMT higher to 86MMT. The higher US production and no decrease for Canadian output was a surprise considering the extreme drought conditions in the Northern Plains and north onto the Canadian Prairies.

On the demand side of the wheat equation, the USDA raised global consumption for the 2021/22 marketing year by 2.4MMT compared to May to 791.1MMT. This represents an annual increase of 1.2 per cent, or 9.6MMT. Global trade is also on the rise, with exports revised 0.8MMT higher than the May forecast and 4.9MMT higher than the 2020/21 number, to a record 203.2MMT.

The soybean story held very few surprises. Global production in the current season was increased by 1.1MMT to 364.1MMT. Brazil was the responsible party with their crop 1MMT higher than the May number at a record 137MMT. Brazil carry out was the beneficiary, up 1MMT to 23MMT, although China has been snapping up as much of the Brazilian crop as they can get their hands on, making an increase in ending stocks less likely with every new sale.

In the new crop slot, global production, consumption and trade numbers were unchanged compared to the May report. However, the USDA is forecasting an annual increase in global production of almost 6 per cent, or 21.5MMTcompared to the 2020/21 season. That would put world output at a record 385.5MMT, underpinned by 7MMT increases in both Brazil and the US and a 5MMT increase in Argentina.

With the June WASDE behind us, all eyes will be firmly focussed on the northern hemisphere weather in the lead up to the June 30 Grain Stocks and Acreage Reports. These reports mark a crucial juncture in this year’s proceedings, particularly for corn. The market has already factored in a much higher corn area. With dryness building across the US corn belt, the magnitude of the increase is becoming even more crucial to the direction of global grain markets.