Confidence among Australian farmers has rallied to above pre-COVID levels 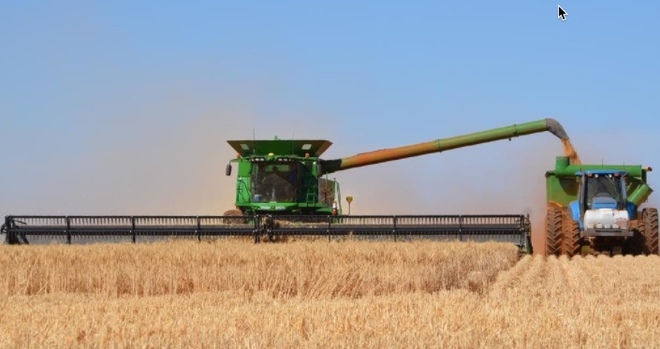 • Sentiment up in all states and sectors

• International markets and global economy reported as biggest concern, along with increasing unease about trade tensions

Confidence among Australian farmers has rallied to above pre-COVID levels, with the latest Rabobank Rural Confidence Survey revealing exceptional seasonal conditions and stellar commodity prices are behind one of the highest rural sentiment readings in two decades.

Despite a year of major disruption and uncertainty in agricultural markets, the quarter four survey, released today, revealed a significant rebound in farm business sentiment, with exceptional spring conditions across much of the country, record-breaking winter grains receivals and high livestock prices all effectively outweighing concerns about the impact of COVID-19 and ongoing trade tensions with China.

And in one of the strongest signs of the strength of commodity prices and farm business performance, the Rural Confidence Survey’s farm viability index – measuring farmers’ assessment of their own business viability – is now at its highest level in the survey’s history, while forecasts for farm incomes over the year ahead have also rebounded considerably.

The latest survey, completed last month, found 43 per cent of farmers nationally expect conditions in the agricultural economy to improve over the coming year, up from 24 per cent with that view in the September quarter.

The number with a pessimistic outlook also fell sharply – from 27 per cent last quarter to eight per cent – while 46 per cent of farmers were expecting conditions to remain the same.

Confidence is up in all sectors, but particularly strong among cotton, mixed beef and sheep producers and grain growers.

Positive sentiment among cotton producers skyrocketed, with a boost to water allocations and a great start to the planting season reassuring many growers for the summer growing period ahead.

Overall, good seasonal conditions and unprecedented commodity prices were overwhelmingly the drivers of improved farmer sentiment this quarter, cited respectively by 72 per cent and 54 per cent of respondents with a positive outlook on the coming 12 months as the main reasons for their optimism.

Concern about overseas markets/economies was the dominant factor for those farmers expecting business conditions to worsen over the year ahead – cited by 47 per cent with a negative outlook, while 16 per cent nominated concerns about trade with China specifically.

COVID-19 was shown to be less of a worry for farmers this quarter – registering lower on the list as cause for concern for those farmers with a pessimistic outlook. While 10 per cent of the farmers expecting conditions to improve listed the easing of COVID-19 restrictions as a positive influence.

Rabobank Australia CEO Peter Knoblanche said exceptional seasonal conditions across most of the agricultural regions in the eastern states had enabled farmers to dramatically increase production and profits after years of drought for many.

“While 2020 has been a year of great uncertainty and challenge for everyone in the community, for farmers the extraordinary turnaround in the season has also made it one to remember,” he said. “After years of drought, and low or no returns for some, the tables have well and truly turned.

“Graziers who were able to hold on to sheep and cattle during the drought are now being well rewarded for it, with livestock prices reaching unprecedented levels during the spring and demand over the year ahead forecast to remain strong.

“Some of the regions which had been hardest hit by drought are seeing grain receival records smashed, with the highest harvest tonnages in at least 20 years, and in some places ever, being delivered across the NSW grain zone. Grain quality also is excellent in many areas. This harvest will deliver a huge boost to incomes and cash flow for many.”

Mr Knoblanche noted though that there was general concern in the agricultural sector about international markets, particularly for some commodities – such as wool, wine, cotton and seafood – due to escalating trade tensions with China.

“And this was evidenced in the survey with concern about relations with China nominated by 16 per cent of farmers as a reason for taking a pessimistic outlook on the year ahead, compared with just six per cent in the previous quarter,” he said.

Farm confidence was up across all states, the survey showed.

In New South Wales, rural sentiment has soared to levels not seen since March 2008 and is the strongest in the country, with 57 per cent of farmers surveyed in the state having a positive outlook on farm business conditions in the coming year (up from 39 per cent in September). Only three per cent of NSW farmers reported having a pessimistic view (down from 20 per cent in the September survey).

In Victoria, previously-held concerns about the impact of COVID-19 have all-but dissipated thanks to regular rainfall during spring aligning with high commodity prices, pushing farm business sentiment in the state to its highest level since mid-2014.

The number of Victorian farmers expecting business conditions to improve over the coming 12 months has more than doubled since the September survey, with sentiment up across all sectors, driving investment intentions among Victorian farmers to its highest level in six years.

An “almost perfect” spring across Tasmania has bolstered confidence in that state, with rural sentiment in the state rebounding to a 15-month high, and very few farmers expecting a deterioration in business conditions.

South Australian farm sentiment surged this quarter, with the biggest upswing in confidence in almost 15 years – 46 per cent of the state’s farmers reporting an optimistic outlook, up considerably from just 11 per cent last quarter. The survey also revealed South Australian farmers were reporting the highest viability levels in Australia, with 98 per cent of surveyed farmers in the state saying their farm businesses were viable.

Expectations of a “good average grain harvest” this year have helped rural sentiment recover in Western Australia, reaching a two-year high this quarter.

For Queensland, rural sentiment has made a strong comeback in all sectors this quarter, with cotton and grain producers in particular recording the largest upswing in optimism. While seasonal conditions are still varied, and not all areas have received good rainfall or harvesting conditions, 37 per cent of Queensland producers now expect agricultural economic conditions to improve over the coming year – up from 23 per cent last quarter.

Cotton growers were shown to be the most optimistic of all farmers this quarter, with 81 per cent nationally tipping an improvement in business conditions in the year ahead – a huge lift from the 33 per cent with that view in September, prior to crops being planted.

Mr Knoblanche said for cotton growers, planting conditions had been greatly improved while increased water allocations mean production levels will be much higher than past years.

Mixed livestock producers are the next most optimistic, with excellent pasture growth in many regions during spring – coupled with stellar prices – boosting income projections in the meat sector for the year ahead. Sentiment in mixed livestock farmers had increased dramatically this quarter and was also above levels recorded in the March survey before the full onset of COVID-19.

Grain grower confidence also rebounded strongly, with 44 per cent surveyed forecasting an improved outlook on the 12 months ahead compared with 28 per cent last quarter.

While significant uncertainty hung over wool and some lamb markets last quarter – mostly due to depressed wool prices and concerns about the impact of COVID-19 restrictions on a number of lamb processing facilities in Victoria – the sector’s confidence has recovered to levels now above where they were in March.

This quarter 40 per cent of sheep producers said they were confident business conditions would improve over the coming year compared with just 10 per cent with that view in September. The number expecting conditions to worsen is now just nine per cent, compared with 38 per cent last quarter.

The survey’s farm viability index showed 97 per cent of farmers surveyed reporting their businesses to be viable – the highest level in the survey’s history.

The outlook for farm incomes for the year ahead improved significantly in the latest survey, with 42 per cent expecting a higher gross farm income, up from 31 per cent last quarter.

New South Wales producers were the most bullish in terms of improved income expectations – 56 per cent of those surveyed expecting incomes to be greater than in the previous 12 months. Of the sectors – cotton, mixed beef and sheep, grain and dairy all reported strong income expectations for the year ahead.

One third of all the farmers surveyed intended to increase total investment in their farm business over the coming year (33 per cent, from 25 per cent last quarter). This was greatest in NSW where 43 per cent intend to increase investment – a sign, Mr Knoblanche said, of drought recovery and investment in ongoing resilience.

On-farm infrastructure and improvements were listed as the investment priority nationally and in most states, while property purchase to expand farming operations was planned by 24 per cent of those increasing investment nationally, and 33 per cent in Victoria.

“A good season and low interest rates is continuing to support significant investment in rural property across Australia,” he said.

A comprehensive monitor of outlook and sentiment in Australian rural industries, the Rabobank Rural Confidence Survey questions an average of 1000 primary producers across a wide range of commodities and geographical areas throughout Australia on a quarterly basis. The most robust study of its type in Australia, the survey has been conducted by an independent research organisation interviewing farmers throughout the country each quarter since 2000. The next results are scheduled for release in March 2021.