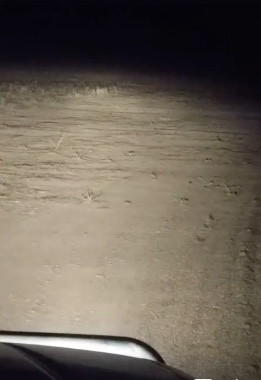 Last week we saw the Grains Industry of Western Australia (GIWA) release their 2020 final crop production estimates which across all zones and commodities was pegged at 16.63 million metric tonnes. Wheat totalled 9.19mmt, barley 4.53mmt and canola 1.635mmt with the balance made up of oats, lupins and pulses. The result was considered exceptional given the state received well below average rainfall for the growing season. The overachievement in production was contributed mostly to the adoption of new cropping technologies, mild spring growing conditions, favourable timing of rainfall and significantly less frost endured.

The report suggests that more acres will be planted for 2021 due in part to the mass exodus of sheep from the southern parts of the state leaving more arable acres to cropping. The climate is also encouraging more acres to be transferred from livestock to cropping with drier winters resulting in less waterlogging for the higher rainfall regions. The report also anticipates that farmers are intending to plant more break crops such as canola and lupins at the expense of main cereals in the upcoming season.

On the East Coast, we are seeing plenty of depth behind grower offers as the market trends sideways through the middle of February with farmers demonstrating a strong emphasis on shifting grain out of temporary silo bag storage. Concern for growing mice populations and inclement weather being the major drivers of growers’ eagerness to relocate grain currently stored in silo bags. Now that spraying programs are up to date with the forecast showing little to no rain to close out February, farmers are taking the opportunity to shift volume while it presents.

With domestic feedlots appearing well covered and current low feedlot margins not encouraging feedlots to expand numbers on feed in the short term, port homes have been the best paying markets of late.

BAR1 has been moving into both Port Kembla and the Port of Geelong at $255-$265 delivered while APW and H2 wheat trading into ports between $315-$320 for the month to date. For the shorter haul, growers have found themselves delivering again to their local bulk handlers direct onto incoming trains bound for these same export homes.

Looking further out the curve and these homes are pricing an inverse already with barley delivered Port Kembla trading at $10 under the February delivered numbers. Local feedlots are following the same theme with current coverage extended due in part to the not so optimistic outlook in feeding margins.

Globally there rarely seems to be a lack of news flow coming through. Most noticeably of late the talk has been centred around China as they continue to overperform in respect to their feed grain demand importing bulk wheat, corn, soyabeans and meal. The Chinese economy has an insatiable growing demand base which is now projected to be in the vicinity of 30mmt of wheat eclipsing the previous record set in 2012/13 of 26mmt. As China continues to step up as a buyer of all feed grains, the rising tide appears to lift all boats of late and support global commodity prices for the time being.