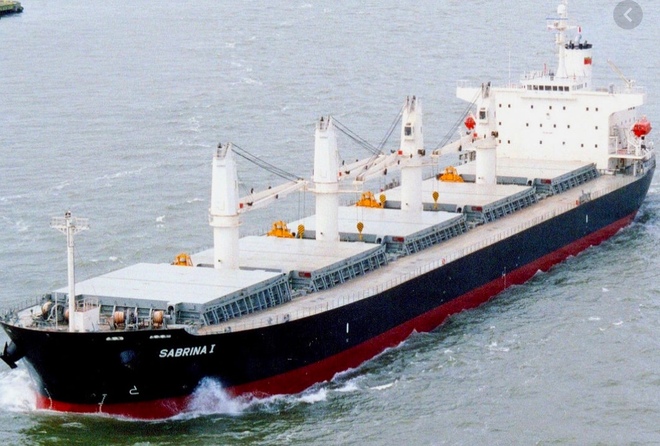 China’s General Administration of Customs released its December trade data last week, and the numbers confirmed that the Chinese economy continues its post-pandemic rebound as the countries manufacturing industry capitalises on coronavirus lockdowns in many western countries.

Exports grew for the seventh consecutive month in December, rising 18.1 per cent on the same month in 2019 but down slightly from the 21.1 per cent growth recorded in November. Imports grew by 6.5 per cent in December compared to a year earlier, and up from 4.5 per cent the previous month.

The surge in exports in December pushed China’s trade surplus to a record US$78.18 billion, eclipsing the previous high of US$75.40 billion set in November. Overall, China’s exports rose 3.6 per cent in 2020 compared to the previous year, while imports declined 1.1 per cent over the same 12-month period. As a result, China’s trade surplus for the year was a staggering US$535.03 billion, the highest since 2015.

In the agricultural commodity space imports soared to record highs in 2020. This was driven by healthy stockfeed demand from a pig sector recovering quickly from the decimation caused by African Swine Fever (ASF). There was also a domestic shortfall of corn, and there was the Phase 1 trade deal commitment with the United States that helped stimulate the record pace.

China maintained its mantle as the world’s biggest buyer of soybeans, importing a record 100.33 million metric tonnes (MMT) in the 2020 calendar year. Brazil was the biggest supplier with exports to the Middle Kingdom climbing 11.5 per cent year-on-year from 57.67MMT to 64.28MMT. After a huge shipping program in the second and third quarters of 2020, December arrivals fell to just 1.18MMT, down from 4.83MMT a year earlier.

The US is the other major supplier of course, with shipments soaring 52.8 per cent to 25.86MMT compared to 16.94MMT last year. The annual US tally included 5.84MMT of imports in December, up 89 per cent, or 3.09MMT, compared to December 2019. The challenge here is there is no evidence of demand rationing as exporters continue to offer US soybeans despite the latest USDA supply data suggesting ending stocks are already extremely tight.

And the pace of soybean purchases is expected to remain at record levels in the first half of 2021 as demand continues to grow and crush margins are solid. Some crushers in Shandong province are reportedly making around 237 yuan (AU$47.37) on every tonne of beans crushed, roughly double the crush margin of this time last year.

On the corn front, tight domestic supplies have continued to push domestic prices higher and drive demand for cheaper imports. China imported a record 11.3MMT in 2020, an increase of 207 per cent on the 5.46MMt imported in 2019. This included 2.25MMT in December, more than double the quantity discharged in December last year.

Corn imports exceeded the annual tariff rate quoted of 7.2MMT for the first time last year, and it is widely touted that China's corn imports in the 2020/21 marketing year could exceed a staggering 30MMT.

Wheat imports into China in 2020 were reported at a record at 8.38MMT close to triple imports in the previous twelve-month period. This represented 87 per cent of its annual tariff rate quota of 9.64MMT, a noticeable improvement from just 30% in 2019.

Barley imports for 2020 totalled 8.08MMT, including 0.98MMT in December, and sorghum imports have been robust in recent months with the 0.55MMT imported in December bringing the 2020 total to 4.81MMT.

With current domestic corn prices so high, China has been substituting a fair bit of their corn needs with wheat from the state reserve auctions, and cheaper imported feed grains such as corn, wheat and barley.

According to the country’s National Grain Trade Centre China sold 3.94MMT of wheat at its auction on January 13, representing a remarkable 99.74 per cent the total offered. This was up from 52 per cent the previous week and just 12 per cent at the December 23 auction.

Nature threw a spanner in the works late last week with a new ASF outbreak reported in the southern Chinese province of Guangdong. It was diagnosed in 1,015 sows on a farm in Pingyuan county, killing 214 of them. According to the Ministry of Agriculture and Rural Affairs, this was the country's first reported case of the deadly disease since October 26. And similarly, illegal transportation was suspected as the cause of the latest outbreak.

However, later reports suggested that the outbreak was a new form of ASF and may have been caused by illicit vaccines. Authorities have identified two new strains of the virus that are missing one or two key genes. The mortality rate of these strains appears to be lower than strain that ravaged the pig herd in 2018 and 2019, but it does cause a chronic ailment that reduces the number of healthy piglets born in each litter.

All known cases are believed to have been controlled through the immediate culling of infected animals, but an escalation of the situation, or further outbreaks elsewhere in China, could have a dramatic impact on domestic pork production and severely disrupt the escalating feed grain importation and consumption trend.