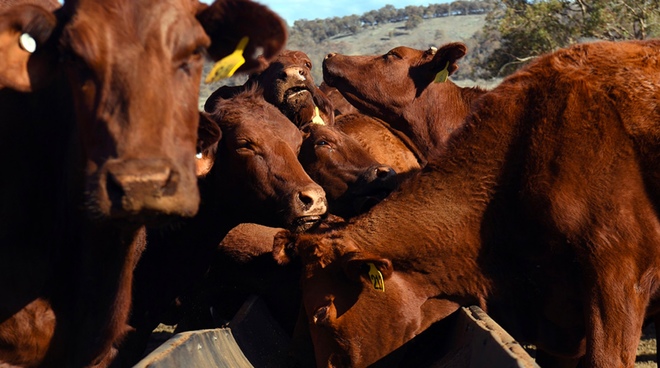 Uncertainty only deepened in the following days as China imposed an 80 per cent import tariff on Australian barley, raising concerns other segments of our $13 billion of annual agriculture exports to China could be impacted.

While the suspension on the abattoirs seems baffling, we must remember the industry has experienced similar technical suspensions before, which have been successfully worked through. The view from the industry is that this is no different, and it will be sorted out.

And there are plenty of reasons to have full confidence in the future of the beef industry. 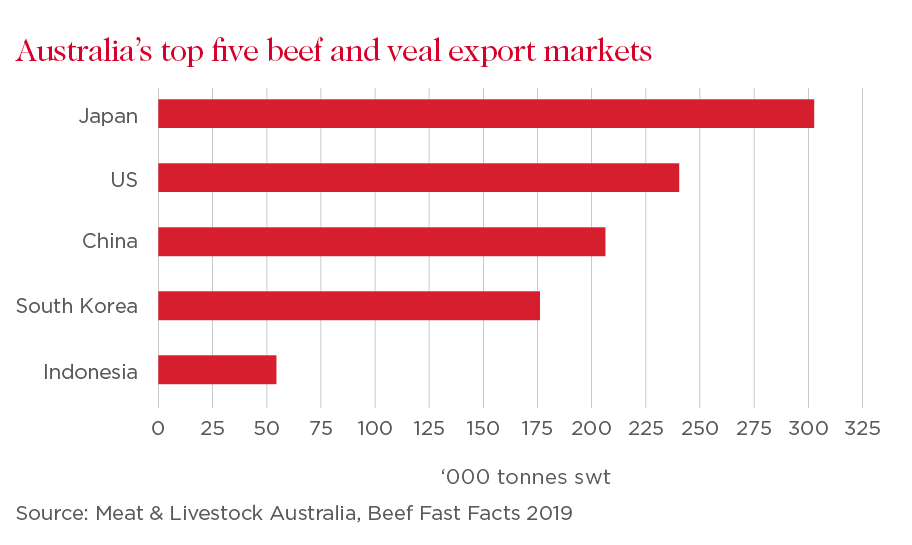 Like other sectors, beef has always had its ups and downs, whether due to shifts in global markets, seasonal conditions or society. But if you look at all the current market dynamics, everything points to a strong industry for at least the next couple of years as the industry recovers from a tough period of drought and bushfires.

Also, there is no question that China desires Australian-grown beef.

Strong demand has returned since China emerged from its COVID-19 shutdown, and that demand is set to continue given the ongoing protein deficit created by the impact of African Swine Fever on pork production. At the same time, China’s largest beef suppliers, such as Brazil and the US, are still experiencing COVID-19 supply disruptions, putting Australia in a prime position to meet this demand.

In recent times, while China has been an extremely important market for our farmers – accounting for around $3.6bn worth of annual beef exports – Australia’s beef and veal customers span more than 70 other countries.

Our biggest export markets are actually the US and Japan, which combined imported almost 50 per cent last year, while South Korea and Indonesia also take a large proportion. China, by comparison, is our third largest market – importing around 18.8 per cent of production last year, according to Meat & Livestock Australia.

Like most sectors, Australia’s red meat industry has been impacted by COVID-19 as many export markets face significant slowdowns. The pandemic also came just as conditions for the local beef industry started to improve after years of unrelenting drought, compounded by the national bushfire crisis over summer.

Our national herd declined to around 22.5 million as producers destocked during the drought, according to the Australian Bureau of Statistics, the lowest it’s been in 20 years. As a bank with $11.8bn of total committed exposure to the Australian agriculture, forestry and fishing industries – a quarter being across beef and sheep – we understand these have been difficult times, and are also constantly amazed at our farmers’ resilience.

Thankfully, widespread and consistent rain since February has boosted confidence and led to restocking, for some farms for the first time since 2017. In fact, strong demand for cattle, coupled with low supply as farmers hold onto their breeders, has seen Australian cattle prices surge, achieving record levels across all categories in March.

Industry body Meat & Livestock Australia summed it up well in a recent report: “While the impact from COVID-19 on Australian red meat demand may be more severe than any economic downturn in recent history… people still need to eat, and swelling retail demand for red meat across Australia and in many key export markets reflects this appetite.”

While there’s no doubt the beef industry will keep a keen eye on trade relations with China along with the ongoing global economic fallout from COVID-19, there’s little doubt Australia will retain its place as one of the most prized and largest beef exporters in the world.

We have a great story to tell – some of the best farmers producing some of the cleanest, most premium products the world over.

Australia’s success in suppressing COVID-19 should only promote this reputation.

As history has shown time again, Australian farmers have weathered and overcome much uncertainty before – and this time should be no different.

The views expressed are those of the author and do not necessarily reflect those of the Westpac Group. This article is general commentary and it is not intended as financial advice and should not be relied upon as such.

Peta Ward is Regional General Manager for Westpac Agribusiness in Queensland, based in Toowoomba. She joined Westpac Agribusiness in 2007, following five years with ANZ, and leads a large team spanning regional and remote Queensland. Peta engages deeply with regional and rural communities, through professional representation at local and government levels and volunteering. As an advocate for the essential role of women in rural industries, she annually judges the AgriFutures Rural Women’s Awards, and she was the treasurer of the Rural Press Club in Queensland for three years. She has a Bachelor of Agricultural Science.