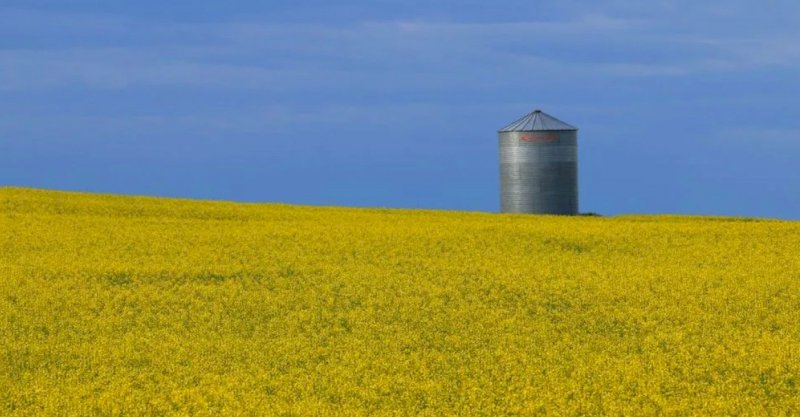 Canadian temperature records tumbled last week, wildfires raged, and large parts of the Prairies were scorched as a weather phenomenon known as a heat dome parked itself over an area stretching from California to Canada’s northern territories.

A heat dome occurs when the atmosphere traps hot ocean air like a lid or a cap. According to the National Oceanic and Atmospheric Administration (NOAA), the phenomenon starts when there is a strong change (or gradient) in the ocean temperatures.

In the convection process, the gradient causes more warm air, heated by the ocean surface, to rise over the ocean surface. As the prevailing winds move the hot air east, the northern shifts of the jet stream trap the air and move it toward the land, where it sinks and results in heat waves.

The heat dome is forecast to weaken as it moves east this week, but it is expected to maintain sufficient intensity to set temperature records across Alberta, Saskatchewan and Manitoba. This is a potential disaster for the wheat, barley, canola and pulse crops that are already suffering from extreme moisture stress this season.

The British Columbia town of Lytton broke Canada’s all-time temperature record for three consecutive days last week. The record now stands at 49.6°C, smashing the previous mark of 45.0°C, set in Saskatchewan way back in 1937. The extremely sad epitaph to that story is 90 per cent of the mountain hamlet was then destroyed by wildfires that swept through the district on Wednesday evening.

The wildfires have also disrupted rail movements of grain from the Prairies to the west coast export hub of Vancouver. The fires are reported to have destroyed a railway bridge on the Canadian National line near Lytton and stretches of the Canadian Pacific line in the same area has been rendered impassable. Re-routing via a northern corridor is possible, but export accumulations will undoubtedly be hindered in the coming weeks, and vessel delays will ensue.

All this came in the same week that Statistics Canada updated the country’s planted area estimates following the June 2021 Field Crop Survey. The seeding program is now complete and Canadian farmers reportedly planted more canola, barley, soybeans and lentils, but decreased the area sown to wheat, dry peas. The total area planted to principal field crops increased by around 0.6 per cent to 29.535Mha.

High global demand for oilseeds and record-high prices in the first half of 2021 was noted as the likely catalyst for increased canola plantings this year. The survey results revealed farmers nationally planted 9.11Mha, up 8.2 per cent year-on-year and only just below the total wheat area. The big mover was Alberta, where the area was up 14.5 per cent to 2.71Mha compared to 2020.

The buoyant oilseed complex has also encouraged an increase in the soybean area in Canada, with 2021 plantings 4.9 per cent higher than in 2020 at 2.14Mha. Ontario is the biggest soybean producing province, and their plantings are reportedly up by 3.0 per cent to 1.17Mha.

Ontario is also the biggest corn producing province, with around 60 per cent of national production in most years. Countrywide, the projected corn area was down 2.5 per cent to 1.42Mha, with the Ontario contribution down 2 per cent to 850,000 hectares.

Canadian farmers seeded 3.36Mha to barley in their 2021 cropping program, up 9.7 per cent on a year earlier. Saskatchewan was the swing province, increasing the area by a mammoth 18.7 per cent to 1.50Mha. Saskatchewan took the gong in the oat stakes as well, claiming 47 per cent of the planted area. The provinces farmers decreased plantings by 11.1 per cent to 647,000 hectares, with the national crop down 10.8 per cent to 1.38Mha.

Pulses round out the June planted estimates from Statistics Canada. According to the farmer survey, the lentil area has increased by 1.7 per cent over the last 12 months to 1.74Mha. However, the dry pea area is down 10.2 per cent to 1.54Mha.

While the crop may be in the ground, lack of soil moisture and the current heatwave has sent yield estimates on a downward spiral in many districts. And with no significant rains in the forecast, Canadian crop conditions are expected to deteriorate significantly in the coming weeks.

This is a critical period in the Canadian crop production cycle. Many of the winter and spring crops are entering the critical reproductive phase. Severe heat at this time, especially under moisture stress conditions, can be extremely damaging to final yield. Some regional production anecdotes are pretty dire, with the possibility of the worst crop in history potentially on the cards.

The unfortunate plight of the Canadian canola and high protein spring wheat crops has pushed domestic prices to levels not seen for many years. December contracts on the Minneapolis Grain Exchange was changing hands for USD303.32 per metric tonne on Friday, down slightly from its eight-year high on Wednesday but more than 31 per cent up on the April 1 close of USD231.12 per metric tonne.

Likewise, Canola futures soared last week, continuing a sharp rally that commenced on June 18. The November contract closed at CAD830.90 per metric tonne, up CAD164.50 per metric tonne, or almost 25 per cent in two weeks. The contract has rallied more than 40 per cent over the past two months.

This sort of price activity is great news for Australian farmers, particularly with almost the entire domestic cropping area facing an average to above-average production outlook at this point in the season. Key Asian destinations such as China, Japan, Indonesia and Bangladesh are likely to reduce their reliance on Canadian exports in favour of more competitively priced grains from down under.