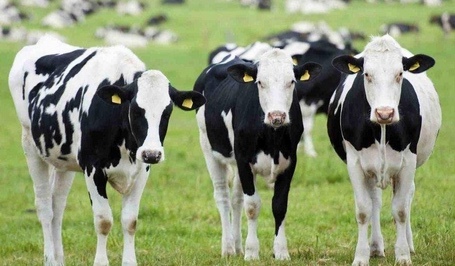 The concept had its genesis in2011whenthe Dairy Industry Conference that year briefed the NSW Government about the industry’s desire in NSW to create a new State peak dairy representative body.

“A single not-for-profit value chain organisation representing fresh milk production in the two States would ensure consistency in advocacy with government, stakeholders and other interest groups,” he said.

“There remains a dairy production dichotomy between northern states and those in the south.”
“This particularly relates to Queensland and New South Wales which share much in common, including markets and farming systems and which largely produce fresh milk compared with more commodity-focused production in the south.

“The Australian Dairy Plan, which is out for further consultation nationally now,provides a unique opportunity for NSW and Queensland to look at forming a structure which reflects the best interests of the industry as a whole.”

Dairy Connect CEO Shaughn Morgan said that while the recently released Australian Dairy Plan had many points in its favour, there were clear differences between fresh milk production and dairy product manufacturing across State borders.
“A New South Wales-Queensland fresh milk value-chain association would mean that pressing challenges could be addressed more effectively by those who have ‘skin in the game’,” he said.

“It is time that those dairy stakeholders who wish to be involved with an organisation specifically addressing the concerns of fresh milk producers act to establish a special platform and act urgently.

“Stakeholder-organisations should reflect all parts of the industry as well as including research, development and extension to ensure consistency for dairy producers who need support in relation to fresh milk issues.

Shaughn Morgan said there would be obstacles along the path, but nothing that could not be overcome.
“For instance, matters relating to the farmer levy can be discussed and a way forward developed to ensure RD&E that is specific to producers of fresh milk can be addressed,” he said.

“Dairy Connect is a unique value-chain organisation that has risen to be the premier advocacy group for the dairy industry on the eastern seaboard during the past four years.”

“We look forward to continuing our dialogue with other State dairy organisations such as the NSW Farmers Association dairy committee and the Queensland Dairyfarmers Organisation to find positive outcomes for fresh milk producers.
“We recognise the importance of ensuring continuity and common practice between all players, ranging from the dairy producer, the processor through to the function of delivering fresh milk to retailers with consumers completing the chain”, Shaughn concluded.