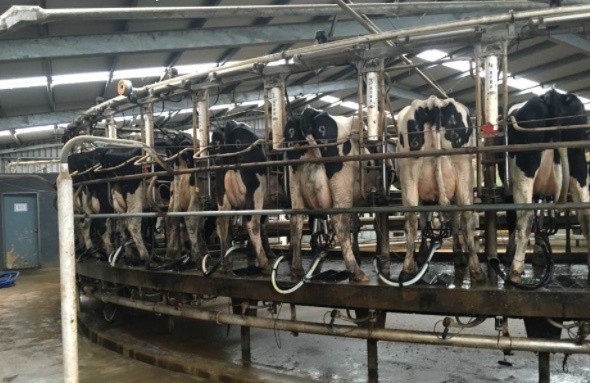 The time for serious consideration of the urgent introduction of a dairy levy is now, according to Dairy Connect CEO Shaughn Morgan today.

A dairy levy is not new. The Howard Government in 1999 announced the Dairy Adjustment Levy of 11 cents per litre on consumers of products marketed as dairy beverages. This levy ran for over 8 years.

More recently former Chairman of the ACCC, Professor Allan Fells called for the reintroduction of a retail levy of 11 cents per litre for fresh milk late last year and only last week prominent Victorian businessman John Dahlsen (who has served on boards Woolworths and the ANZ Bank and is chair of the JC Dahlsen Group which operates Dahlsens hardware stores) was reported as seeking Government support for 40 cents a litre to be added to the price of milk in supermarkets.

“While it may be preemptive to arbitrarily impose a ‘40 cent a litre’ levy on retail milk, we need to ensure the sustainability of Aussie dairy farms, both now and into the future,” said Graham Forbes, President of the Dairy Connect Farmers Group.
“A levy of some form needs to be at the forefront of consideration by government and dairy industry players within the dairy value-chain, especially given the strong support of supermarket customers for the continuation of a strong and vibrant Australian dairy industry.

“We must not allow overseas dairy imports to replace natural dairy produce and nutritious fresh milk”, Graham stated.
A ‘levy’ has been shown to be effective in providing support to dairy farmers as shown by the introduction of the ‘drought levy’ and the ending of $1 per litre milk on home-brand milk. Dairy Connect was pleased to commence and to remain in discussions with Woolworths, who provided leadership to be the first retailer to end selling $1 per litre milk, with other supermarket chains following. We continue to be a part of the Woolworths oversight audit committee ensuring that this extra income flows directly to their dairy farmers through their processor.

This illustrates that the proposed levy could be applied just as efficiently and effectively.

The Dahlsen proposal, described as a ‘partial re-regulation’ of the dairy industry, reportedly could deliver a windfall to farmers who had battled the adverse impact of $1 per litre milk since 2011 until just recently.

This combined with the ongoing drought, the devastating impact of bushfires, continuing high fodder prices and sky-rocketing energy costs as well as farmgate prices that remain, for many dairy farmers, below their cost of production and not to forget the dire consequences of COVID-19 on the Australian economy, all illustrate the need for urgent intervention to restore the long-term growth of Australian dairy farmers.

“It is vital that steps be taken immediately to stop the exodus of dairy farmers from leaving their dairy farms”, Dairy Connect CEO Shaughn Morgan said.

“The proposal suggested by John Dahlsen that up to 40 cents per litre be added to the retail price of fresh milk and an ‘independent entity’ would collect this revenue and pay it back to farmers, needs to be given urgent consideration.

Shaughn Morgan said that it would be appropriate for the Federal Agriculture Minister David Littleproud to convene a roundtable made up of proactive industry leaders and stakeholders to reach consensus on a sustainable retail price for fresh milk, including the appropriate level of a dairy levy and to what it should be applied to.

“The industry needs a political outreach program that dairy farmers, industry bodies and supermarkets can respond to urgently,” he said.

“While we welcome Mr Dahlsen’s interest in the industry and his concern for dairy farmers, it’s the responsibility of industry players with government assistance to provide solutions and determine the value of any supermarket levy,” Shaughn concluded.