BARLEY – Is it my responsibility to be the martyr? 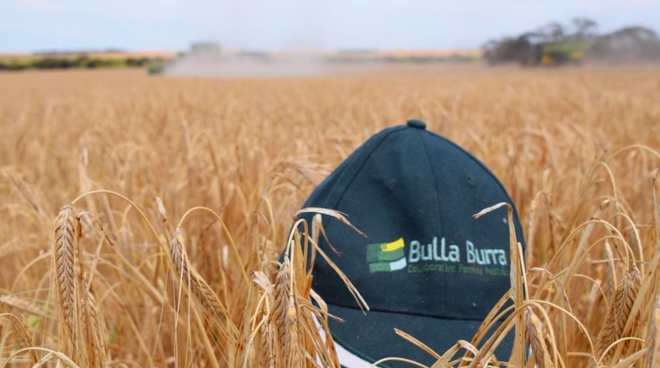 Lets face it, when most Aussie farmers heard on the news that China had imposed an 80% tariff on our barley for ‘dumping’, our response was ‘What the …?

What..? How…? What did we do? What is dumping anyhow? What do you mean we are subsidised? Aren’t we are the least subsided farmers in the world?

But it seems everyone is pointing their fingers at ‘The Australian Farmer’ for breaking international trade laws, and now we need to take our medicine. And as Aussie farmers, there is now suddenly vented up anger and vitriol towards China, and anything Chinese. We have people spouting forth about how we should stop exporting all products to China, or impose huge retaliatory tariffs to ‘teach them a lesson’ in return. We hear of people across social media calling on people to stop buying Chinese products. Memes abound which are being shared relentlessly making people feel good about their disdain for China.

But think a moment. When you go into the local electrical store to buy a new TV or other item in a few weeks time – are people honestly saying that they will make a choice over which product to buy based on whether it was made in China? Aren’t we all going to just buy the cheapest product of the best quality which meets our needs? It’s a bit like $1 milk. Nearly everyone says they refuse to buy it, but it seems when no one is looking the majority buys it. A case of all care and no responsibility?

We are also hearing people say we just all need to drink more beer. There needs to be more focus on marketing to local consumers the value of barley in food, and together we will beat this and no longer have to rely on as many exports.

Let me be very clear. I never dumped any barley into China. At least not personally. It was not my decision to market those particular parcels of grain into China and potentially leave our industry in turmoil. But I am being asked (told) to pay for the consequences of those actions. Not the traders who did the deals. Not the government who oversaw trade negotiations. Me. You. Aussie farmers who are still scratching their heads and asking of their industry bodies ‘What the **** is dumping?
And the calls are out to boycott China. To not sell them any farm produce even if they want it. I have had people from other vulnerable industries such as wool, wine and dairy saying to me that barley producers need to be very careful about what they say and do so they don’t ‘rock the boat’ and cause problems across other industries. That the barley industry needs to ‘take the heat’ on this one to protect other valuable industries. That we need to be very careful about our choice of language so as not to upset negotiations.

Let me be very clear again. I did not make a decision to dump any barley into China. Whether it happened or not, I am not accountable for it. But I am the one being punished.

As farmers we tend to romanticise our industry. When asked why we do it, most will say for the lifestyle, the heritage, and the passion we have for doing what we do. Most will say that these come before price and profit. Behind this façade I think it is a little different. In our part of the world, as well as a large part of Australia, we have had a very tough few years through drought, fires, and other financial pressures. Price and profitability is front and centre – and it needs to be. So, I will say this, and I think I speak on behalf of most Aussie farmers whether we are prepared to verbalise it or not. If I have a product to sell, I will sell it for the highest price I can to a counterparty I am comfortable with. I am not asking the question of the trader as to the final destination, and being prepared to take a price hit to not send to an end user to ‘make a point’ to some foreign entity. And I don’t think I need to. And what would it actually achieve other than lower profitability for me?

Yes, we should be upset. Yes, our industry bodies need to be in there advocating on our behalf. Yes, the federal government need to be firm but careful as their attempt to negotiate through this. Yes, we need to be looking for alternate markets and value adding opportunities. Yes, we all need to make on farm decisions about what we plant and the risk profile of those decisions.

But personally, I don’t think it’s our responsibility as farmers to be the martyrs as we navigate through this issue. Especially as a lot of people speculate it has very little to do with barley, and more to do with external factors. And also, as I (along with the majority of farmers in Australia) were not involved in the decisions which resulted in these actions.