AWB - When it rain it pours 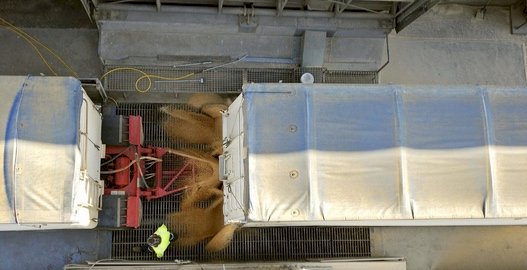 We were warned it was going to be a wet harvest, but the optimist in us thought – “it’ll be right, that’s what they said last year.” Well, they definitely got it right this year. To date, the month of November has delivered near record rainfall totals with upwards of 150mm measured in parts of New South Wales and worryingly, the on-going La Nina Alert threatens us with more of the same.

Flooding in some parts of the Lachlan Valley has already taken its toll on hectares and at the time of writing, flood alerts for other parts of New South Wales are being issued. Outside of the flood areas, harvest is frustratingly slow. Temperatures have been unseasonably cool and grain moisture levels are taking longer to dry down. Paddocks also are saturated under foot and in some parts, headers are spending almost as much time bogged as they are harvesting. Adding to the headache, harvest contractors and trucks are under mounting pressure to pull out of jobs and relocate, to harvest their own crops or to meet commitments with growers further south.

In addition to the logistical challenges being experienced, with this week’s rain event being the second, third or even fourth drenching for some mature crops, grain quality is starting to suffer. Crops will typically ‘handle’ the first rain or two, but once moisture penetrates the outer layer of the grain, the germination process begins and sprouting occurs. Sprouting, whilst not necessarily obvious to the untrained eye, can be evidenced by a low Falling Numbers result showing that key starches and proteins within the grain have been damaged, thus rendering it unsuitable for use in end products such as pasta, malt, bread and other baked goods.

Subsequently, Falling Number machines have been rolled out across the northern half of the state’s bulk handling sites, prompting a collective groan of disappointment from the entire industry and lament for ‘what could have been.’ The southern half of the state probably has them at the ready, but awaits to see what this week’s forecast delivers.

For those able to get a header into it, canola yields have been impressive and with oil levels averaging well north of the 42% yardstick it has proven a lucrative choice of crop. However, with every passing rain event comes the increased risk of quality issues. Low test weight, green seed and sprouting are all starting to rear their ugly heads in localised areas and like cereals, the weather damaged product is limited in its ability to perform in the manufacturing process as it was designed to.

The market for milling wheat, malt barley and canola have all been driven to their current levels largely on the back of significant production and quality issues in the recent Northern Hemisphere harvest. The evolving weather and quality situation here in Australia adds further uncertainty to an already tight global supply story and so continued volatility in these markets can be assured.