AWB - To hold or sell canola? 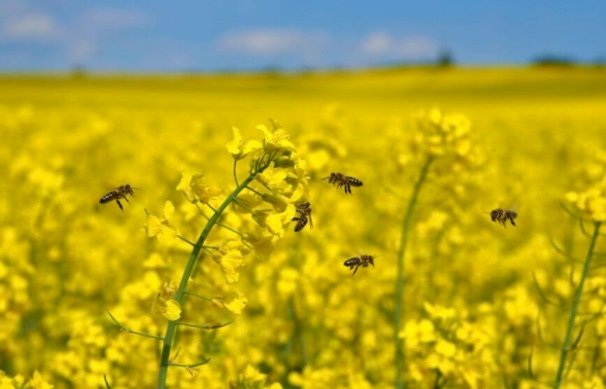 As has been well publicised, canola prices are extreme and with harvest just around the corner, growers are anxious to get the crop off and convert it into dollars. Given the current price, it appears to be a simple decision for growers to sell off the header to capture these high prices and lock in a great margin. Naturally, there will always be the temptation to hold off selling, in the optimism that prices could continue go higher, so why not wait another week? Whilst there is nothing to stop prices rallying further, a quick look at the market structure will provide some caution to those that are tempted to hold for further upside. Both Canadian and European futures markets are inverted, meaning that the spot price is higher than the price for future deliveries. Specifically looking at the European Matif Rapeseed Futures, as at writing, there is an 11 Euro (AUD 17/mt) inverse between the Feb 22 and May 22 contracts, and then a further 100 Euro (AUD 160/mt) inverse between the May 22 and August 22 contracts. What does this mean for domestic canola prices?

The impact depends on the ability for the market to move seed to port and export it to meet delivery against these contracts. With a big cereal crop, this will be challenging for the market, particularly given like canola, wheat and barley will be competing for the same export capacity. With a 5 million tonne canola crop to be harvested, assuming that not all the exportable surplus of canola can be exported prior to February, once exporters have their fill for spot shipments, domestic prices will move to pricing against the May 22 Matif contract. Furthermore, once export capacity is sold prior to May and the exporters and crushers have their fill, any exportable surplus of canola will be facing a steep inverse to compete against new crop production from the Northern Hemisphere, particularly the Ukrainian and Russian crop which will be harvested in August, followed by the rest of Europe and Canada in September.

Taking a quick look at 2022 crop prospects, although pricing is lower than that on offer for current crop, growers are still incentivised to plant canola as the price is greater than two times the price of wheat. In Europe, the majority of the crop being a winter crop has already been planted and area is forecast to be higher. The Russian and Ukrainian crop has largely moved to a Spring plant and so will be planted in March and the Canadian crop similarly will be planted in April. Assuming that Canada doesn’t have back-to-back 1 in 50-year droughts, it would be expected that all else being equal, global canola production will rebound for the 22/23 seaso

To summarise, a big factor for the domestic canola price will be driven by the ability to move seed out of the country. By holding onto canola in the hope of a further price rise, you will be betting on the ability of the market to export or consume the crop prior to the inverse, or that new crop production domestically or internationally is poor, and the market will move from inverted to a carry structure in order to pay you to hold on to and finance carrying the seed. Naturally, the market will continue to throw curve balls, weather, politics, energy prices and Chinese demand to name a few, so for those prepared to hold, buckle yourselves in and enjoy the ride.