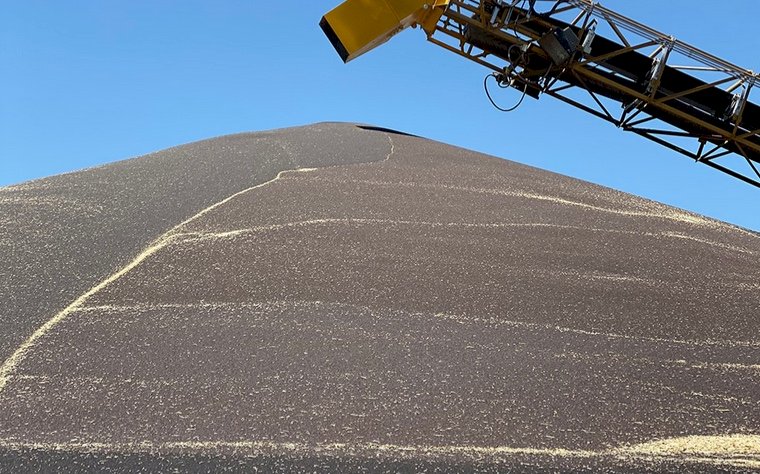 For many, the past fortnight has seen harvest finally arrive in full swing. It is amazing to say that in the middle of December but with the well documented harvest delays, it has been the longest period of clear weather many through New South Wales have seen for weeks. This is also true for other parts of the country and reasonable to say that more grain has hit the bins in this middle part of December than any other week leading up to it. And it’s not just in New South Wales where the volume has been hitting the bin with pace. Harvest continues to charge forward in South Australia and Western Australia with weekly and seasonal records being set in those states. Harvest is moving south into Victoria with the pace picking up there also but still a way to go and the expectation is there will no doubt be harvest into the New Year.

The unfortunate reality of the huge wave of grain that has hit the system in this short period of time is the effect it has had on cash markets. With pricing for canola sitting at decile 9 and 10 leading into and for the early part of harvest, this commodity had the furthest to fall. And fall it has. The convergence of a huge volume of canola hitting the system, a delayed harvest putting pressure on cash flows, and a supply chain heavily filled with wheat, barley and canola export sales, canola came under serious pressure as it searched for a level where it would price against northern hemisphere production into the middle of 2022.

Bids for wheat and barley have come under pressure also, but certainly not feeling as much pressure as canola. Some shorts in the nearby supply pipeline held varying grades up in some regions for a period, but such is the case with a physical short, once that gets filled the market often retraces quickly to fair value. One market that continues to be relatively sticky in the face of retracing values in the rest of the country is the delivered Downs barley market. We’ve seen southern barley markets fall $30/mt in recent weeks whereas the domestic market in Southern Queensland has only moved $5-10/mt. Sorghum values have also demonstrated resilience despite weakness in other cash markets. With the prospect of a big crop on the cards, and sorghum currently fetching values close to wheat in that new crop time frame, it certainly feels like today we need an export solution to this supply and demand picture.

As many of us look forward to a break over Christmas, when travelling, and spending time at the beach among other things, a reminder to stay safe. Whilst the safety risks post-harvest are different, they do remain and we need to stay vigilant looking after family and friends.

Wishing everyone a safe and happy Christmas and New Year.