AWB - Highlights of a memorable harvest 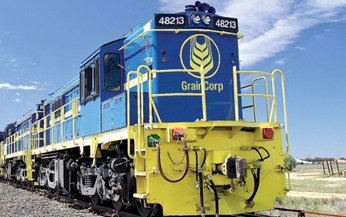 With the dust nearly settled on the 2021/22 harvest, it will be with mixed adjectives how we describe this one in the years to come.

For some, the harvest will be measured by the number of headers that were pulled out of a bog, or the millimetres of rain on unharvested crops, or maybe the number of days from start to finish. With headers still rolling in mid-February there is no doubt it has been a long, wet and at times frustrating one, with relentless rain causing all sorts of issues inside and out of the farm gate. However, in spite of the weather (not to mention other covid-related logjams along the supply chain), there will be plenty of highlights to recollect as we look back on the recent harvest.

The obvious highlight was the sheer size of it – and the fact that it came back-to-back with last year’s monster. New South Wales produced in the order of 12.5 million tonnes of wheat falling just short of last year’s record crop. Despite higher wheat yields than last year, the harvested volume fell just shy of 2020/21 due to the larger area planted to canola.

Canola provided one of the more memorable features of the harvest, delivering a huge windfall for Australian farmers. Despite the increased acres and a new record production for NSW, pricing held historically strong throughout harvest, and whilst it has drifted off its season highs, it remains in decile nine territory. A brief moment of panic struck mid harvest when it felt like a big portion of the crop would be weather damaged beyond use, but the canola crop managed to avoid the magnitude of quality issues felt in cereals. Given the volume of canola that was committed pre-harvest by the grower the industry’s ability to find a solution for the most part, was fortunate.

After a number of years of wheat quality going largely unrewarded, production issues in the northern hemisphere meant that there was always going to be a heavy reliance on Australian milling wheat. The pre-harvest optimism for healthy protein premiums gathered further momentum when Western Australia began yielding a crop historically low in protein and successive weather events rolled across New South Wales downgrading a large chunk of that crop. Subsequently, milling wheat premiums rallied to levels not seen for years. The malting barley story was similar and as such the market took a similar trajectory, with buyers bidding up to $100 premium over feed barley at times. Victoria remained relatively unscathed by the inclement harvest weather and offered up a more ‘normal’ quality profile, allowing fulfilment of domestic consumer demand and harvest export commitments and curtailing any further upside.

One thing is for certain, it will be one of the most unforgettable harvests in New South Wales memory. Furthermore, if the rain that caused great frustration throughout the 21/22 harvest helps build the foundations for a successful 22/23 season then this harvest will only improve with age.