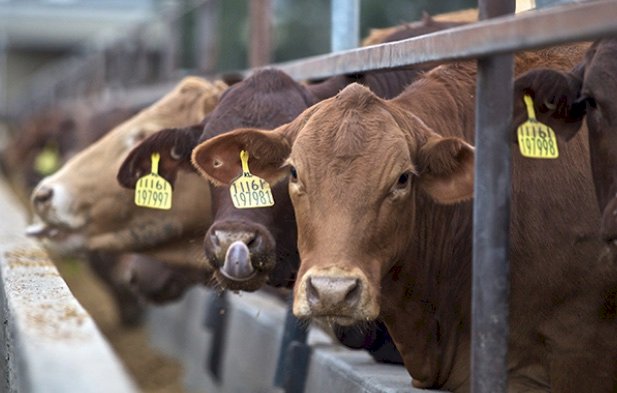 Australia’s key atmospheric and oceanic indicators point to a continued La Niña weather pattern sticking around until at least February 2022. And it’s fair to say we are seeing the effects on the ground with multiple New South Wales locations well over 100mm to start the year already.

This rainfall has created strong supply prospects, not only for the summer crop currently in the ground, but also this year’s winter crop which should see sowing commence on a full moisture profile if conditions continue as they are today.

The talk of a record sorghum crop cannot be understated with early harvest already commencing in Queensland and ABARES estimating the state’s crop could be over 1.4 million tonnes (Mt). Add this to the estimated 600,000 tonne sorghum forecast in New South Wales, and it is likely that we see a sorghum harvest well over 2 million tonnes when you add in the Central Queensland production later in the year.

A reminder that sorghum is predominantly used in Australia as a feed grain, and it must compete in the same ration as both feed wheat and barley. Currently the price difference between the sorghum and cereals is so narrow that it is pointing towards wheat and barley being used over sorghum given its price and general usability for feedlot rations.

Now we know there will be a considerable volume of exports for sorghum this year given our price looks relatively cheap compared with other producing origins. Australia’s two primary export countries  being China and Japan will need to take a significant volume of our production, all the while competing for space in the export supply chain with wheat and barley. There will still be a substantial volume that will have to find its way into a domestic consumer. And for a significant volume of sorghum to find its way into a domestic consumer either the wheat and barley price needs to rally significantly, or sorghum needs to become the cheaper alternative.

Lots of questions to consider with regard to feed grains this year with a huge amount of feed wheat looking for a home now that most farmers have returned from their Christmas break. One thing to consider is that storage charges for wheat and barley in the bulk handling system will more than likely commence in February or March so there will be plenty keen to avoid these charges towards the end of the month. Add this to the increased cost of planting this year’s winter crop, with dramatic price rises in fertiliser and fuel, and you have a recipe for a glut of feed grains supply in the coming months.

The positives to all of this are of course that cash prices for feed wheat are still reasonably healthy in historic terms, with this feed wheat still pricing into both export and domestic channels. There is strong export demand for this product until the second half of the year, but any later sales must be balanced with the cash flow requirements for the first half of the year which typically include, sowing, spraying, and fertilising.