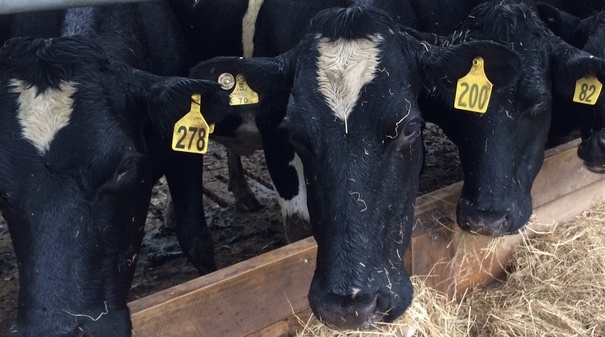 The National Dairy Farmer Survey, conducted annually by Dairy Australia, has confirmed that farmer confidence in their own businesses and the future of the Australian dairy industry as a whole has risen over the past 12 months.

While overall confidence remains lower than in 2018 and 2017, 44 per cent of farmers reported feeling good about the future of the industry.

This is a marked improvement from last year, when just 34pc felt positive about the industry’s future in the survey’s worst ever result, but still far below the historic high of 78pc recorded in the 2008 survey, before the Global Financial Crisis.

Even more encouragingly, more than two-thirds of farmers surveyed (67pc) reported feeling positive about their businesses, a massive 22pc jump from last year.

This is the highest level reported since Dairy Australia started measuring own business sentiment in 2017.

We can feel buoyed by the fact there has been an improvement in farmer sentiment on every score since last year, when the ballooning cost of feed and water eroded farm profitability despite stronger than average opening milk prices.

Nearly two-thirds of farmers surveyed in 2019 said they were concerned about the cost and availability of feed, while just 43pc expect to make an operating profit.

Encouragingly, 70pc of farmers surveyed this year expected to make a profit, while 48pc of farms anticipated an increase in production volumes for the year ending June 2020.

Significantly more farmers in all but one region reported they were expecting higher profits in 2020 than have been achieved on average over the past five years.

Unsurprisingly, regions with the largest share of profitable farmers also reported the highest levels of confidence in their own business.

All of this comes even as prolonged drought, bushfires and high feed and water costs continued to be major concerns prior to the survey.

It seems farmers are ready to invest in their businesses, buoyed by a favourable start to the season.

As has been reported, these statistics show a dairy industry in recovery, although it is unclear whether this confidence will continue to grow in a post-pandemic environment.

What has been confirmed by Dairy Australia’s June Situation & Outlook Report is that demand for dairy remained strong during the panic buying that accompanied the COVID-19 pandemic.

But while farmers are feeling more positive about their individual businesses, there has only been a modest boost in confidence since last year for the future of the industry.

Last year, just 34pc of farmers surveyed felt optimistic about the industry’s future – the worst result in the survey’s history.

While there has been a 10pc jump in overall confidence this year to 44pc, there is still a long way to go before we can approach pre-GFC levels of confidence.

That is the challenge facing the Australian Dairy Plan.

A confident industry is one of the Dairy Plan’s key objectives, with a goal to boost milk production up to 9.3 billion litres per year by 2024-25.

This would generate more than $600 million annually in extra value at the farm gate and stimulate the growth of at least 1000 direct new jobs, mostly in rural and regional areas.

There are a lot of factors involved in sustaining a confident industry.

But if the trend in farmer confidence continues, I have no doubt that we will go a long way towards achieving our goal over the next five years.