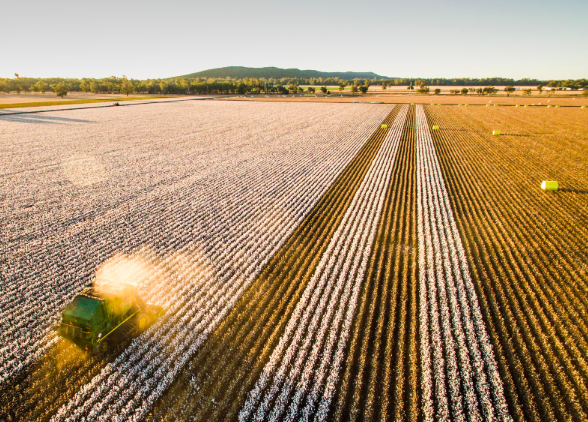 Australian agriculture has a goal: to generate $100 billion in farm gate output by 2030. Getting there is going to take all the resourcefulness we’ve got, especially if the effects are to carry well beyond 2030.

Laid out in 2017 by the National Farmers’ Federation (NFF), with the support of its members, the ambitious 2030 Roadmap requires that we up the ante of every aspect of agriculture – not just what we do in the paddock, but beyond the farmgate, and in how we re-invest the returns generated if we increase volume and value throughout the supply chain.

Every year that passes heightens the level of challenge. According to a new report from Agribusiness Australia, Australia’s agricultural sector was valued at $59 billion in May. To get to the desired $100b/2030, the industry has to generate four per cent growth every year for the next decade. On current trends, growth levels are 6.3 per cent below where we need to be.

Also concerning: over the past 15 years, Australia has lost some of its global competitiveness. As the Agribusiness Australia report notes, from 1996-2014, the compound annual growth rate (CAGR) of global agricultural trade was seven per cent. Over the same period, the value of Australia’s agricultural exports only increased by an average of 5.2 per cent – while the value of imports into our key markets in Asia, Africa and the Middle East grew at more than 14 per cent per annum. Others are eating our lunch.

The NFF’s $100 billion target refers to on-farm production, but there are two main components to achieving the 2030 goal: greater volume, and greater profitability. Increasing output volume is a project that starts on the farm, but profitability is decided as much by what happens off the farm as on it. And it is profitability that will produce the surplus required for reinvestment into the research and infrastructure that ensure Australian agriculture is profitable long beyond 2030.

While 2030 is a convenient point at which to mark progress, whatever happens over the next decade should carry the industry far beyond that milestone year.

Meat and Livestock Australia (MLA) recently announced that Meat Standards Australia (MSA) had delivered $172 million in additional farm gate returns to beef producers in 2019-20. MSA was launched in 1998, but it had its genesis years earlier, when visionary members of the beef industry recognised that guaranteed meat eating quality was essential to the industry’s prosperity.

We should think of initiatives devised for the 2030 Roadmap in the same way we would think of planting a big, slow-growing tree. We won’t be there to sit and enjoy the shade and shelter of the mature tree, but someone will – just as we in our lifetimes have enjoyed the shade of trees planted by others.

Let’s use the next decade to plant seeds of innovation that will ensure future generations of our industry can prosper, and thus take their own turn at investing in future generations. While we’re at it, let’s plant a few trees too.