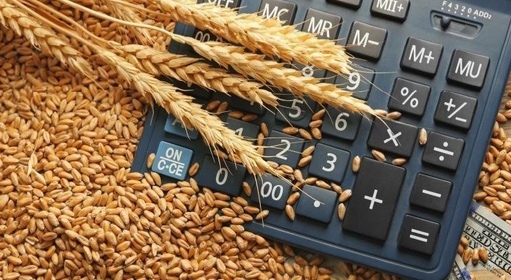 The biggest mover in domestic grain markets last week was the local currency, briefly trading above the US$0.70 barrier on Friday. The Australian dollar added more than US$0.03 over the week to close at US$0.6968, the highest since the first working day of 2020. This continues a sustained rally after hitting an intraday low of US$0.5509 on the March 19.

The fall to that level was even more spectacular, plunging more than US$0.10 in the space of ten days as the COVID-19 pandemic sent shivers through global markets. Fears of a recession in Australia driven by decreased consumption, increased unemployment, and a significant and prolonged downturn in demand for Australian commodities saw traders scramble to ditch the Aussie in favour of the greenback.

The US dollar jumped in March, as fears over the viral pandemic reached their peak. Investors stockpiled the greenback in a rush to pay debts and pursue the safety of the world’s reserve currency. As the global economy slowed to a crawl, the dollar surged to record highs against currencies such as the Brazilian real and sterling.

The recent strength in the Australian dollar means it has rallied by more than 26 per cent against the US dollar in eleven weeks, despite the sharpest downturn in the domestic and global economy since the Great Depression, more than ninety years ago.

A key reason for last week's sharp move was selling pressure on the US dollar, mirroring a broader rebound in key global currencies, commodity prices and equity markets across the world. It appears to be driven by increased optimism over the recovery from coronavirus as lockdowns across the globe are eased.

The greenback is seen as a barometer for the progress and resilience of that optimism, despite the grim political and economic situation in the United States at the moment.

Perhaps there is a more significant influence at play here. China’s economy is recovering from its COVID-19 stupor and with that comes an increased demand for Australian commodities, in particular iron ore. Iron ore prices closed above US$100 last week, the first time in almost a year.

The price has rallied almost 22 per cent in the last six weeks as a result of increased demand from China and severe supply disruptions in Brazil, Australia’s biggest competitor. Even with the strength in the Australian dollar, iron ore prices in local currency terms are not far off their all-time highs.

China has opened its state-owned factories as quickly as possible in a bid to improve industrial output and get the economy back on track. And it appears to be working with industrial production in April up 3.9 per cent compared to the same month last year.

The surge in the price of iron ore and other essential export commodities has seen Australia post a current account surplus for twelve consecutive months. In other words, income from Australian exports and foreign investments has exceeded outgoings on imports and payment to overseas investors every month for the year to April 30.

Australia’s enviable trade position, its overwhelming success in the containment of coronavirus and the Reserve bank’s ‘hold’ stance on interest rates makes the ‘dollarydoo” a favoured asset amongst investors at the moment. Notwithstanding the imminent end to the country’s near 29-year recession-free run.

And many currency pundits are forecasting an Aussie dollar in the seventies for the balance of 2020, and into next year, assuming US-China trade tensions don’t escalate, and commodity prices remain supported. The bearish sentiment from US banks on the value of the greenback also endorses that outlook.

So, what does all this mean for grain prices? In the US, the weaker dollar pushed corn and soybeans futures markets higher, with the nearby contract closing the week 1.7 per cent and 3.2 per cent stronger respectively. Chicago wheat closed in negative territory, with the July contract losing 1.1 per cent for the week. The market fell sharply on Friday, erasing the gains made in the previous two trading sessions.

Black Sea wheat reportedly traded at US$205 free on board (FOB) for July shipment and US$206 FOB for an August loader, a week-on-week increase of US$4 and US$6 respectively. The big surprise was August trading at a premium to July, which until last week had been spruiked at a slight discount.

The export zones were the hardest hit with old crop wheat values in Western Australia falling around AU$25, or 6 per cent, across the week. The falls in South Australia and Victoria were not as dramatic, but they were still down AU$12 and AU$18, or 3 per cent and 5 per cent respectively.

In comparison, new crop wheat values in Western Australia fell by a modest AU$4 week-on-week, far less than the full impact of the currency movement, thereby pushing export values higher in US dollar terms. In South Australia and Victoria, the fall was higher at AU$6, but again the trade has absorbed some of the currency influence. New crop wheat prices in northern New South Wales and onto the Darling Downs fell by around AU$10.

Domestic barley prices, already butchered by the burden of Chinese import tariffs, were less affected, falling between AU$2 and AU$6 depending on the port zone. In the new crop slot, barley bids were weaker across the board, but export values were steady in South Australia, around US$3 higher in Western Australia and US$5 higher in Victoria.

With almost all of the Australian winter crop in the ground bar Queensland, a high degree of production certitude has returned to the Australian agricultural landscape. With that comes an increased exportable surplus of cereals, canola and pulses across a majority of the country’s port zones. Australia will need to be internationally competitive.

If the strength in the Australian dollar persists, it will most likely mean further weakness in domestic grain bids unless there are significant downgrades to the European, Black Sea or North American winter and spring crop harvests.