Are Machinery companies biting the hand that feeds them? 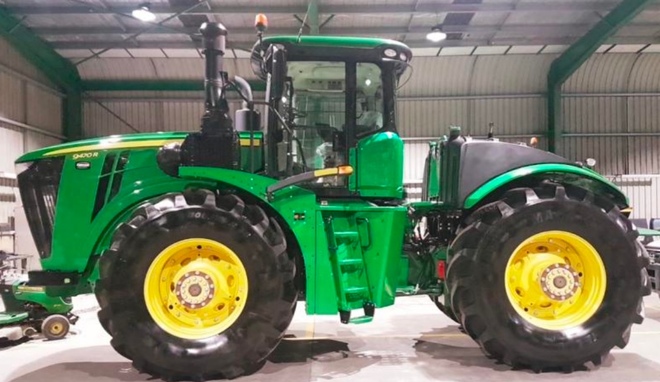 I had an interesting discussion recently with a couple of farmers about why the cost of farm machinery and Ag tech was rising at a rate disproportional to the rest of society. Why is it that while the costs of new vehicles have remained flat or fallen in the past 20 years (in real terms), despite being more reliable, having more safety features and technology – while tractors, sprayers and harvesters have gone through the roof? Why is it that while computers and household electronics have fallen dramatically in price (despite massive increase in performance), Ag technology pricing continues to escalate. Or is that just a perception and not a reality?

It can be argued that the only ones able to put a deposit on a new piece of farm machinery today are the pigeons.

I think we would mostly agree that as farmers we are overcapitalised in machinery. But in many cases this is the only option in order to run an efficient operation. Note I didn’t say ‘profitable’ operation, as it could be argued that most of the increase in productivity and margin created by the machinery and Ag tech we use today is swallowed up in the ever increasing purchase and operation costs.

• Televisions, stereos etc a fraction of the price of 20 yrs ago, with significantly more technology built in.

Compare this to Ag:

• The interchangeable touchscreen in tractors / harvesters / sprayers (yes packed with technology) is over $8000.

• Quotes on a number of different new pieces of machinery (not limited to any particular brand) were on average 17% higher in 2020 than in 2018 (despite 2-5 years of drought and seemingly lesser demand).

This is not about brand, as it is the case across the board. We have mostly green products. The person I was speaking to had mostly red. Had a similar discussion with someone with a variety of colours.

I am not sure what the answer is, but while new technology and machinery can be seem as imperative to the future success of our industry, if all (or a large portion) of the additional margin created through productivity gains is swallowed up by the cost of the new technology, we have a problem. Yes, it can be argued that there is a huge cost in developing Ag Tech, and someone needs to pay for it. But then, other domestic electronics also require huge development costs and are not really increasing in price. It is also argued that we are a niche industry, though I feel that is a hollow argument with the size of agriculture globally today.

We have a precision sprayer, which is awesome. It creates chemical savings of up to 95% which is not only great for the bottom line, but also for the environment. We love it. But its also very expensive. We have calculated that we need approx. $$50 - 70K worth of chemical savings a year to justify owning it. In most years this is the case, but if we were much smaller in scale, I’m not sure it would be justifiable. Which means this technology is effectively not accessible to smaller cropping farmers, which isn’t necessarily a good thing.

Some would say don’t buy new (and we haven’t for a few years), but the price of good secondhand machinery is also coming up to meet the new market.

So, are the global machinery companies biting the hand that feeds them? Where is the balance between the need for both farm businesses and machinery manufacturers to be profitable and is it currently right? If the cost of machinery and Ag tech is rising at 5 -7% per year when CPI and interest rates are low, is it just potentially creating a greater divide between small and large scale producers? Does this divide stifle environmentally sustainable farming practices in an era when social licence is the catch cry and the perception of how we farm is important to the wider community. And what does the end result look like for our industry?