Another cheaper Lamb market at Bendigo 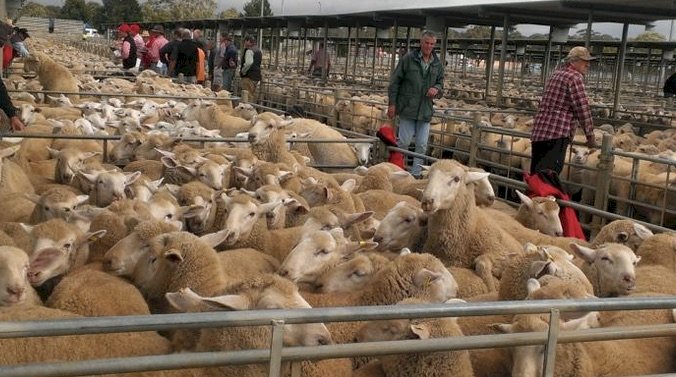 List your commercial Sheep, Cattle, Rams or Bulls on our Farm Tender Livestock Exchange. Starting at 1.5% commission if you sell. Reach between 5000 - 8,000 potential customers per day.

Less lambs but another drop in buying activity resulted in another cheaper market. Most lamb sales were $10 to $20/head cheaper, with all weights and grades affected. Some key export and domestic processors were again absent, while other buyers were only willing to participate at a lower price point. Feedback from buyers was most companies had a build-up of lambs around them heading into the Easter break, with abattoir staffing and kill capacity still an issue. Lamb quality was reasonable, with a lead run off grain before finish became more varied for stock off pasture and stubbles. The most animated bidding was for a few pens of lightweight spit lambs needed for the Greek Easter trade.

Just 4000 sheep yarded and bidding was very erratic. The heaviest ewes remained in a similar price band to last week at $180 to $220/head. Trade and light sheep were cheaper at $100 to $135 for the better framed and covered types; secondary ewes down to $16/head.

Note: Due to public holidays for Easter and Anzac Day the next Bendigo market won't be held until Monday, May 2.