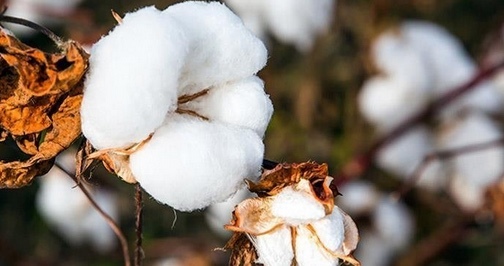 The global cotton market has emerged as one of the main agricultural casualties of COVID-19, with all eyes now on the expected record harvest in Brazil, an emerging export competitor for Australia’s cotton industry.

Speaking in a recent podcast Stress in the cotton supply chain: Issues growers face in both Australia and Brazil, Rabobank's Brazil-based senior grains and oilseeds analyst Victor Ikeda said Brazil, the world’s fastest-growing cotton exporter and the fourth-largest producer of the commodity, was expected to harvest a record 13 million bales this season.

Rabobank Australian cotton analyst Charles Clack said with Brazil having increased its cotton exports by 91.9 per cent from 2015 to 2019 to stand as the fifth-largest exporter by value, it loomed as a major player on global markets, competing with Australian cotton into key Asian markets.

“The COVID-19 pandemic is set to shrink cotton demand globally in 2020 and a crowded export market means Australian cotton will need to compete more aggressively in future against other major exporters, including Brazil,” Mr Clack said.

Mr Ikeda said forward exports for Brazilian cotton had declined 10 per cent for August 2020 to July 2021, down to 7.9 million bales, reflecting decreased demand for textiles due to COVID-19.

Typical of other cotton-producing countries, he said, stocks would now build in Brazil, adding additional pressure to the local and global market.

Australia was, however, the only remaining country spared stockpiling pressure due to its drought-limited 2020 production.

Brazilian exports remained strong prior to, and during, the onset of COVID-19. From September 2019 to April 2020, the country reached monthly records for export volumes, culminating in a record 1.4 million bales exported during January 2020.

While Brazil’s export volumes have dropped significantly since May, Mr Ikeda said declines were normal at this stage in the season, although were currently exacerbated by decreased demand due to COVID-19.

In recent years China had emerged as the main destination for Brazilian cotton exports – accounting for approximately 30 per cent of its market – and remains a significant buyer of Brazilian cotton, despite market volatility.

Over the past 12 months, Mr Ikeda said, 2.6 million bales of cotton had been exported to the Chinese market, approximately 30 per cent greater than during the same period last year.

Mr Clack said while the Australian cotton industry had also historically benefited from strong Chinese demand – to the tune of 65 per cent of its export market – in contrast to Brazil, local cotton exports to China had now slowed considerably.

This, he said, was primarily due to a drought-induced multi-year low in domestic production – although rising Australia–China tensions remained unhelpful.

Mr Ikeda said limited infrastructure and logistics challenges pose further risks to Brazil’s cotton sector – with 97 per cent of the country’s exports concentrated through the Port of Santos, he said any disruptions could create significant bottlenecks.

Of greater concern however, was the potential disruption for labour availability ahead of ginning.

“Much of Brazil’s cotton processing is undertaken in country areas, and the fact the number of COVID-19 cases continues to increase in the regions is a definite risk to the pace of processing, with delays a possibility if infection spreads,” Mr Ikeda said.

Another major implication of COVID-19 to cotton farmers on the ground in Brazil has been the strong devaluation of the local currency, the Brazilian real, and a resulting lack of liquidity for new sales in the physical market.

“This low currency rate partially offset the pressured international cotton prices, with commodity prices in Brazilian real during the first half of 2020 only five per cent lower than in the same period last year – as opposed to the significant declines prices experienced in the international market,” he said.

Forward sales for the 2019/20 season rose from 74 per cent in February 2020 to 79 per cent in July 2020 – the particularly slow five percentage point shift over six months signalling the lack of liquidity in the market.

Mr Clack said in Australia, liquidity also remained a risk for growers struggling to move cotton, with falling local premiums and a notable reduction in bids for 2020 crop sales.

For Brazil’s 2020/21 season, to be planted by the end of this year, Mr Ikeda expected a decline in acreage – down 16 per cent year-on-year to 1.4 million hectares.

“It’s unlikely those opportunistic growers, who in the past were motivated by strong cotton prices and good margins, will plant as much, if any, cotton this year,” he said, “However the traditional, large-scale growers heavily invested in the industry won’t have the option to change their cropping system.”

“Despite the current short-term decline in acreage, during the next decade we maintain that Brazil’s cotton production area will reach two million hectares and that exports will surpass 13 million bales in 2028/2029,” Mr Ikeda said.

“We expect Brazil to establish itself as a competitive producer, and one that Australian growers should watch and consider when building balance sheets and making pricing decisions.”

The podcast, Stress in the cotton supply chain: Issues growers face in both Australia and Brazil is available at https://research.rabobank.com/far/en/sectors/regional-food-agri/AUNZ_podcasts.html