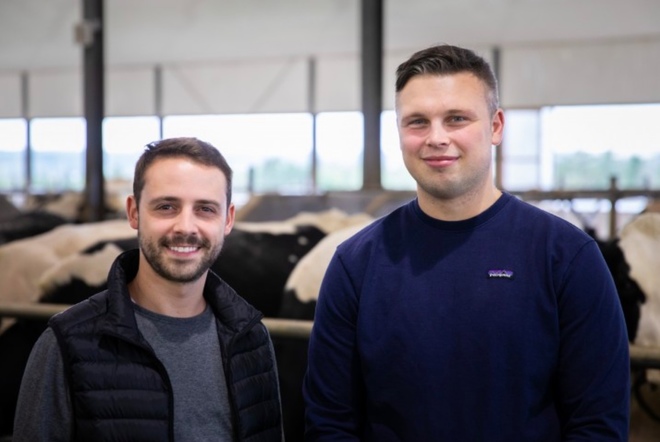 The agtech company has joined Farm to Fork, the third U.S. accelerator it's joined this year.

Milk Moovement, which helps the dairy industry track milk shipments, is one of 11 companies (and the only Canadian startup) in the 2020 cohort of Techstars' main food tech accelerator.

The international accelerator group announced Tuesday that Milk Moovement has been accepted into the Techstars Farm to Fork Accelerator, which will run until its Demo Day in December.

“Looks like the cow is out of the bag!” said Milk Moovement in a LinkedIn post on Tuesday. “We are so excited to be the latest members of the Techstars family.”

With its base in St. John’s and Halifax, Milk Moovement recently opened a U.S. office in Minneapolis to capitalize on the lucrative Midwestern dairy industry.

Techstars is the third American accelerator that Milk Moovement has attended this year. In March, it was accepted into the Food-X program in New York City, having already joined the Thrive accelerator in Silicon Valley.

“When it comes to venture capital and accelerators, Techstars is as good as it gets,” said CEO Robert Forsythe in an email. “We realized about a year ago that the Farm to Fork program and its team [were] perfectly aligned with Milk Moovement's mission and values.”

Farm to Fork said in a press release that its organizers were prepared to travel to Tokyo, Tel Aviv, Boston, and Chicago early in the year to meet founders, then the pandemic shut down all travel. They had to change those plans, but none the less produced a cohort with members from six countries.

The shutdown also identified shortfalls in the food supply chain, which has heightened the need for new innovations.

“The food system has changed more in the last six months than it has over the entirety of the five years I have been investing in the space,” said Farm to Fork Managing Director Brett Brohl in the statement. “Alongside our partners at Cargill and Ecolab, we are excited about the opportunities in front of this year’s class.”

The Spoon, a food technology publication, said that all Techstars Food to Fork participants receive US$20,000 in funding on joining the program, and have access to the organization’s resources for life.

“Over 80 percent of Techstars startups have either been acquired or are still in business today,” said Forsythe. “This is due to the incredible global network of entrepreneurs and corporate partners they've built.”