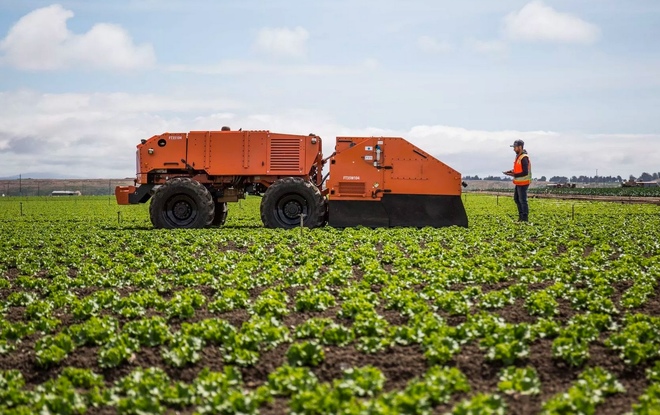 A startup is rolling out automated weed cutters at a moment when COVID-19 has made farm work more dangerous for human beings.

Why it matters: Robots in all fields have received a lift from the effects of the coronavirus pandemic, and farming is no different. One of the oldest occupations in the world could be the next to be automated.

There are two ways to remove weeds from the farms growing specialty crops like lettuce. One is to use herbicides — but such chemicals have increasingly come under fire for their alleged toxicity. The other is to employ workers to do the back-breaking labor of pulling out weeds by hand — but those workers have become harder to find due to shrinking labor pools and immigration restrictions.

How it works: Like an increasing number of robot suppliers, FarmWise provides its Titan weed cutters — eight of which are currently operating in California's Salinas Valley — on a service model, charging farmers by the acre.

What's next: For all their associations with nature, American farmers have been quick to adopt new technology, from the rotary combines of the 1970s to the self-steering, GPS-enabled tractors used today. With that technology has come the consolidation of farms and a drastic drop in the number of farmers.

The bottom line: With the annual shipment of mobile farm robots expected to grow by a hundredfold over the next decade, U.S. farms will become more efficient — and much emptier.