Ag Tech Sunday - The Evolution of E-Commerce in Agriculture 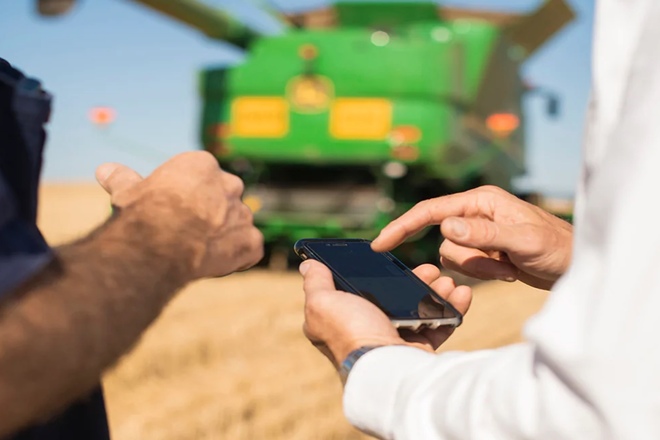 I In business, as in life, there are very few truly revolutionary events that forever change what was or what will be. With its history of disrupting nearly every industry it has penetrated, e-commerce continues to be one of these lasting forces. And with its ongoing progression into agriculture, it is increasingly imperative that agrimarketers and agribusinesses alike understand the changes that e-commerce has and will continue to bring to our industry.

The Past: eBusiness Basics

When you hear the term “e-commerce”, you probably think first about online, consumer-oriented stores like Amazon or eBay. While these may be the “poster children” of e-commerce, they paint a very limited picture of what it truly entails. In reality, e-commerce is defined as any commercial transaction conducted electronically, and therefore includes things such as online trading, digital subscription services and even email and text-based transactions. So, when you consider the larger definition of e-commerce, you can see that its presence in agriculture is not as new as one might think.

In reality, e-commerce has existed in agriculture for at least two to three decades, playing pivotal roles in areas such as grain trading, precision ag and data subscription services, financing and banking, and even retail transactions. One of my favorite examples of how e-commerce has assumed this under-the-radar role in agriculture, arose some five years ago during a roundtable discussion with a dozen North American crop input dealers. Each expressed that they had yet to see e-commerce impact their business in a meaningful way. However, as the discussion progressed, nearly all agreed that the majority of their business with grower customers had moved to email or text-based interactions, meaning that commercial transactions were indeed being conducted electronically. E-commerce was already a big part of their businesses—just not in the way they initially thought.

The behind-the-scenes nature of e-commerce’s presence in agriculture is typical in early evolutionary stages in non-ag markets, as well. While we may believe that ag has been uniquely unaffected by e-commerce to date, this simply isn’t accurate.