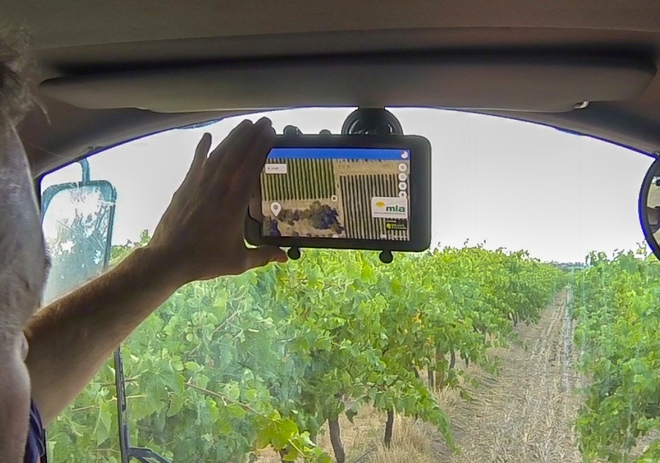 A kaleidoscope of space-based tech designed to enhance precision agriculture and foster efficient food production is ready for take-off, so how do we drive adoption?

We as humans are naturally curious about the outside world. Our ability to problem-solve, collaborate and explore has driven a new frontier of space-based technologies. In fact, World Space Week’s 2020 theme is ‘satellites improve life’ – so how does space technology add value to the farming sector?

A groundbreaking study into the use of space-based technology in agriculture shows the productivity and precision of Australian farming is about to accelerate, with improved satellite imaging, GPS tracking and remote sensing worth a potential $750 million to agriculture by 2025.

The collaborative study, due out in November, by AgriFutures Australia and the Australian National University, ‘Space-based technology opportunities for the rural sector’ brought together more than 100 key players in the industry for a series of virtual workshops to investigate how remote sensing, connectivity and geolocation could boost prospects for agriculture, fisheries and forestry.

Martin Amidy, industry engagement manager for the Centre for Entrepreneurial Agri-Technology, at the ANU, said the workshops show there’s a lot of capacity in the space sector that’s not being tapped into by rural producers, and closer collaboration is necessary between universities, agtech startups, consultants and Rural Research and Development Corporations.

“We need to find better ways to connect space and agriculture and tech together to take advantage of emerging opportunities provided through greater spatial and temporal resolution for remote sensing, increased accuracy with geolocation, and the opportunities around auto steer for robotics and animal tracking,” Martin said.

“There’s a really good opportunity for startups and companies to engage with universities to access that research capacity and intellectual property, and translate that into services and products for the agriculture, fishery and forestry sectors.

“The workshops gave people a better understanding of the needs of different organisations and players in the innovation system, prompting them to explore ways to reduce these barriers to collaboration.”

Another challenge for expanding the use of space-based technology in agriculture was matching the needs of producers for robust, reliable devices with the cash flow requirements of startups.

“Companies need to understand that producers are really time poor so they need technology or a solution that’s ready to go and that’s reliable, because they’re using this information to make decisions that could in reality return or cost them hundreds of thousands of dollars,” Martin said.

“That can be a challenge for companies and particularly startups who don’t have a lot of capital or cash flow but need to get products out there quickly to generate income and revenue.

“There’s also a bit of a cultural difference between the agricultural sector and tech industry more generally, in that producers are used to dealing with large well-established corporates like machinery companies – so they’re reluctant to invest in a company product or service that might not be around in a few years’ time.”

Grape grower and space tech entrepreneur Oli Madgett from McLaren Vale, South Australia was a participant in the virtual workshops and sees huge potential for agriculture from improved accuracy of space tools and more cost-effective use of satellite technology.

Oli co-founded Platfarm with Lyndsey Jackson (pictured below), a precision agriculture app designed to combine crop health imagery from space with on-ground maps, to enable farmers to apply a range of management options within the one vineyard.

“Using plant cell density imagery from space we can see every vine in our vineyard and apply fertiliser or other treatments specifically for each plant’s requirements, using the information on our phone or tablet,” Oli said.

“The resolution of the imagery has massively improved but the other major benefit is that there are so many more satellites up there now observing Earth, and that’s brought the cost of imagery down five-fold in the past few years.”

Oli said he’s excited about the Federal Government’s $160 million investment into the new satellite-based augmentation system (SBAS), which is forecast to deliver a potential $820 million saving in feed and fertiliser over the next 30 years.

“At the moment the GPS satellite system that we have above Australia has about a 5-10 metre accuracy, but SBAS means that all farmers are going to have sub-metre accuracy of their GPS and in areas with mobile coverage that will improve positioning to 3-5 centimetres,” he said.

“So they’re really smart moves that Australia is making to put in place the right building blocks to enable a lot of technology to really scale up.”

“One of the greatest barriers to adoption of technology generally is the fact that producers don’t trust it, they don’t believe it. I think there’s a massive role here for industry to assist with understanding, and smart farms is a good way to do it,” Darren said.

“It’s also important to roll these situations out in different areas, because what can be used in Tasmania or southern NSW or South Australia may not work on the Cape or in the Kimberley in northern Australia. These differences in use cases affect return on investment.”

Darren said the industry needs a platform where producers can seek out all information on space-based or digital technology.

“When you try and actually dig down and find a solution, where it is and who’s supplying it – it’s actually a really complicated process, and producers don’t have time to do that. So there’s a role for somebody within the industry bodies or outside to start developing those search engine-type tools for producers.”

Martin added that researchers and companies raised the issue of many satellite products coming from the northern hemisphere, and not being calibrated or validated for Australian conditions.

“It’s really important to make sure those data sets and the products and services that roll out of them, are actually ground proofed and calibrated for Australian conditions, so we know the information is accurate and providing results that are meaningful from a local context,” Martin said.

“The reality is something might be a particular colour in a pixel from a remote sensing perspective and that colour might mean one thing in the northern hemisphere, but it might mean something completely different in an Australian application.”

AgriFutures Australia and the ANU will release the results of the study in November.