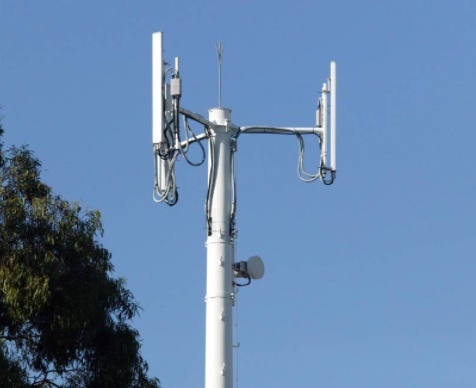 In the competitive US wireless market, operators typically use population covered, or POPs, as a measurement to showcase how pervasive their 5G network is across the country. But for a company like John Deere, which is focused on using 5G to improve the global agriculture sector and increase the food supply, building a 5G network that just covers urban corridors and cities isn't enough.

Instead John Deere wants 5G to connect the land, not just the people.

"We want to make sure that every ear of corn and stalk of soybean has the opportunity to succeed," said Dan Leibfried, director of advanced technology at John Deere's Intelligent Solutions Group.

The tractor company is pleased to see that US wireless operators are frantically working to expand their 5G footprints – T-Mobile said in early August that its 5G network is now available in more than 7,500 cities across the country and covers 225 million POPs, and AT&T said its network covers 205 million POPs and is available in 395 cities. Verizon, meanwhile, only has 5G available in about 35 cities, though has promised nationwide 5G later this year.

"We can't stop short of just connecting rural communities," Leibfried said. "We are pushing to boldly cover the land, not just the people."

That's why the company is closely monitoring the FCC's CBRS spectrum auction – dubbed Auction 105 – that is currently underway. Auction 105 offers 70MHz of spectrum on a county basis across 3,233 areas. Because the county-size license areas are smaller than the partial economic areas (PEAs) that have been offered in recent auctions, it is likely that a wider pool of applicants will participate in the auction. And it appears that strategy is working: When the FCC released its list of qualified participants before the auction started, there were 271 qualified bidders. This is a much higher number than the millimeter wave spectrum auction that occurred earlier this year and attracted just 35 qualified bidders.

John Deere is one of the 271 qualified bidders for the CBRS auction. And while the company can't talk specifically about that current auction, Leibfried said that John Deere is hopeful that midband spectrum auctions in the US (Auction 105 and the upcoming C-band auction that is slated for December) will allow new players to participate.

However, when it comes to the economics – after all, providing 5G coverage to every stalk of corn is going to require a lot of cell sites – Leibfried said he doesn't have the answers. "I believe it's going to take more disruption than how we have done it in the past," he said. But he's hopeful that the CBRS auction may encourage new players to enter the industry. "There are opportunities for a lot of companies to participate. The more that are interested in getting access, the better," he added.

To help push the notion of covering the land with 5G, John Deere is working closely with the FCC and the Agriculture Broadband Coalition. Last December, FCC Chairman Ajit Pai announced plans to establish a $9 billion 5G fund that will be available to carriers to deploy 5G services in rural America. That fund would also set aside at least $1 billion for precision agriculture.

Precision agriculture is, of course, an area that is near and dear to John Deere. The company in 2017 acquired Sunnyvale, California-based Blue River Technology for $305 million. Blue River makes a technology called "see and spray" that uses cameras combined with machine learning and artificial intelligence to identify plants in the field and then determine whether they need fertilizer, pesticide or something else. The company says its technology can save up to 90% on the value of chemicals being sprayed on crops.

However, Leibfried said that much of Blue River's technology is very data intensive and the company has to collect a lot of images and data points to make its machine learning as accurate as possible. "The lack of high-speed bandwidth and low-latency connectivity impedes our ability to deliver," he said.

That's where the FCC's $9 billion fund and other initiatives will help. Plus, Leibfried said that the current COVID-19 pandemic has made the importance of precision ag technologies in keeping the food supply chain moving efficiently even more critical. "The pandemic bolsters the case for acceleration," he said. "We need to ensure that we can produce enough food to feed the population globally."