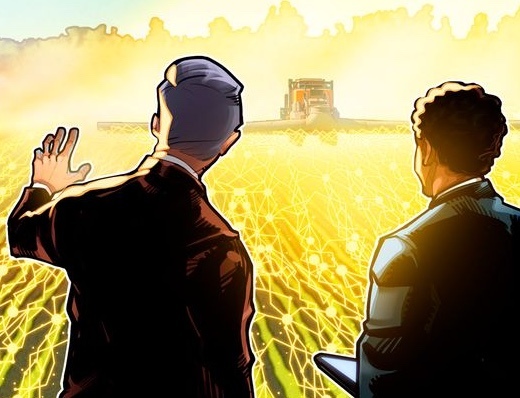 In my final years at university I wrote a paper exploring the impact of climate change on agriculture. It didn’t paint a pretty picture and not for the most obvious of reasons.

Sustainability in agriculture is made up of a couple of things primarily. Environmental sustainability and economic sustainability. The former speaks for itself, if you don’t take care of the land you’re not going to yield and the marginal return on input shifts against the landowner.

As margins & profits fall in farming we have this issue of sustainable businesses. If farming isn’t attractive then people are just going to go elsewhere, which contributes to a negative spiral. This isn’t just a developed nation problem, it’s happening across other regions such as Asia.

This is also on the background of a growing global middle class — which is only going to require more food.

We have tools which can identify variability in crop health and drones which can fly around and spot issues that are relying on commoditised technology. There are well over a dozen satellite imagery products out there all doing the same thing. Most of these guys springing up in 2015 as drone imagery became available. There were a few people playing around in the space, such as FarmLogs.

These startups grow quickly which not surprising for pure software plays. Their tech stacks aren’t exactly all that complex, and they are mostly relying on sources of data that are easily substituted (drones, Sentinel-2, etc).

Read the rest of the article here