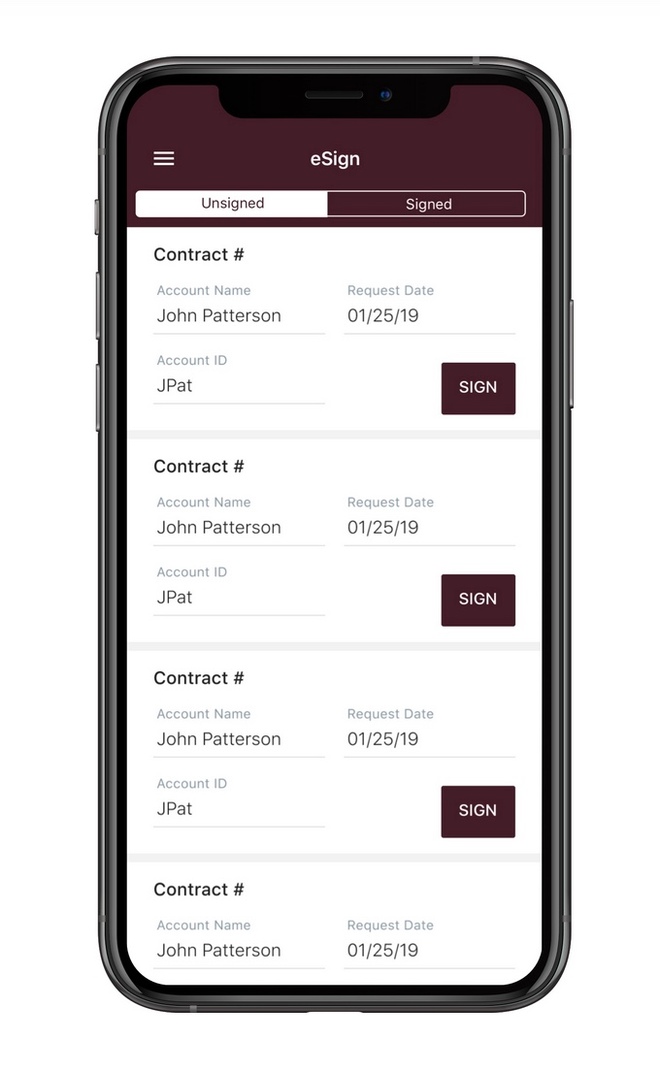 A grower pulls away from a grain facility, having just delivered a load of corn.

On his way back to the field, his load ticket appears in his local co-op’s mobile application. Using his smartphone, he can see the exact weight for the load, what the aflatoxin levels were, and how much the moisture was. So can his wife – she’s running the combine. Down near the Gulf Coast of Texas, this story is a reality for growers who belong to the United Agriculture Cooperative. During the co-op’s record harvest in 2020, managers, merchandisers, and growers watched it all unfold on their United Ag app.

This was United Ag’s first harvest using their Bushel App. Prior to Bushel, the co-op sent PDFs to their growers that contained load information. For farmers, it was a hassle to open emails and access each PDF individually. So the technology didn’t get used as often. Instead, growers wanted something that was simple to understand and easy to navigate so they can quickly find the information that they might need in a moment’s notice.

“I wanted us to have a United Ag branded app that farmers would use and that there would be buzz about…and to add value to our farmer’s experience.”

The co-op and Bushel coordinated together to create a solution that matched their grower needs. Their app contained the easy navigation and filtering tools of a Bushel App with the Texas crops the co-op’s growers needed, including corn, milo, and cotton. Growers can view the futures markets, see the basis change, see their latest delivery ticket, sign a contract, view and filter summary sheets – all in one app. Growers could also access the information without entering their password each time due to dual authentication technology used in the application.

“I wanted us to have a United Ag branded app that farmers would use and that there would be buzz about,” said Lindsey Bowers, a grain merchandiser at United Ag. “I wanted it to be successful, and I wanted the money we’re spending to add value to our farmer’s experience.”

Thanks to the United Ag team’s effort, it’s not just a few growers that are hopping on the app to try a fun new technology. Rather, nearly 80 percent of the co-op’s customer base are using the application. This harvest 4 out of 5 United Ag growers were logging into the app to see instant information like load summaries, futures prices, and basis levels. Just how did United Ag launch an app and get so many of their growers to pick it up in one harvest?

In order to be so successful in reaching that key usage metric, Bowers and the United Ag team pushed hard. They introduced their Bushel App at their annual grower meeting, publicized it in their Grain Harvest newsletter, and put login instructions in monthly statements sent to growers in the mail. Their strategy was digital as well, including emails, Facebook posts, and website banners.

“Every angle that we could possibly promote through, we did,” Bowers said.

Bowers and the rest of the team also worked with customers directly to get started with the app. They helped growers reset long-forgotten phone passwords and got them logged into the application for the first time. This helped those who were hesitant about the new app or just needed that bit of extra assistance. It also assured their growers that the app was ready to go and showed how easy it was to navigate.

United Ag also used the eSign feature to encourage users to sign up. With this tool, UnitedAg could load contracts into the app and allow growers to approve and sign contracts from their cab, field, or kitchen table. That saved their growers time from having to stop what they’re doing to sign a contract at the co-op’s office during the busy season or when it’s impractical to make a special trip, such as when doing maintenance on a machine.

Implementing eSign helped growers during harvest, and the benefits will last year-long. Research shows that using electronic signatures reduces errors and turnaround time by an average of 80%. Specifically, electronic signatures are shown to prevent missing files by 66% and scanning errors by 92%. Furthermore, electronically signed documents see a 28% increase in close rate. United Ag and their growers receive the benefits from this investment in efficiency and security. Producers can sign contracts right from their devices, without needing to access an email, download a PDF separately, and then sign. They are also reassured knowing that the signed contract is immediately updated to their grain merchandiser.

United Ag knows their growers well. Promoting the mobile application, assisting them onto the app, and saving them time by using eSign, it proved true that they would recruit almost all of their available growers to use the app and seeing their first harvest season successfully managed with the new digital tool.

“Growers were excited to try and figure out their yields right away.” Bowers said. “They could sort by farm, and one exclaimed, ‘oh crap, farm 4 made 170 bushel corn!”

While it’s the growers who bring in the harvest, United Ag’s investment in their Bushel App helped coordinate distributing harvest tickets and communicating pricing to growers. This seamless data exchange minimized errors and opened communication channels. They were able to provide their growers with exactly the right information whenever they needed it.

During harvest, growers requested that information often. The average grower visited their app 14 times a month. This meant that every other day, growers were pulling up the app to check their load deliveries, contracts, and the markets. Now that harvest is over, growers are still checking the app twice a week. Every time a grower opens the app, they are engaging with United Ag at both the grower and grain merchandisers’ convenience.

The future is bright as United Ag looks to the coming growing seasons. In just one harvest, they transformed how they communicate with the vast majority of their growers. Now, growers can find their United Ag data at any time, in a succinct, paperless fashion. Growers still call in and visit the office, but business flows more smoothly because each party is more informed. Through their efforts and investment in their Bushel App, United Ag created a successful customer experience and will continue fortifying their buyer-seller relationships for many growing seasons to come.