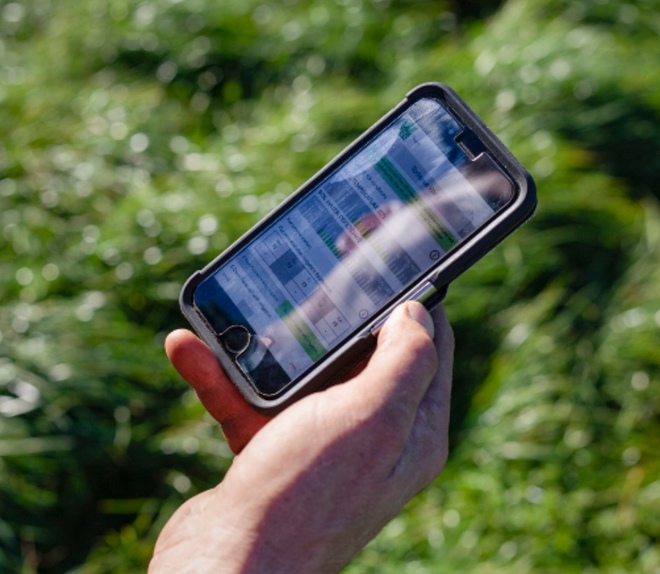 The rise of "smart farming" is heavily dependent on the accessibility of technology and the internet, writes Paul Budde.

EARLIER THIS MONTH, I went on a two-week tour into Queensland’s Outback, travelling through various landscapes from pastoral and agricultural lands to savanna and the desert.

Leaving Brisbane, past Toowoomba you enter the Darling Downs. This is one of the richest agricultural areas in Australia. It was first explored by British Botanist Alan Cunningham in 1827.

However, it was only after the penal colony of Moreton Bay (now Brisbane) was closed that free settlers were allowed in the area. By that time, Surveyor-General Thomas Mitchell entered the area and described the fertile pastures that the Squatters already started to move into. They claimed the land and asked for forgiveness later to get title to these lands.

Most of them came from the British landed gentry and rapidly became rich landowners.

Over the last decade, Australia has spent $5.5 billion on satellite and fixed wireless broadband services and another $650 million on mobile blackspots.

What is known as Mitchell’s Grass proofed to be perfect fodder for sheep and cattle and large flocks started to arrive. This became the basis for the current cattle business. They are now internationally renowned for their top-quality breeds such as Santa Gertrudis, Droughtmaster, and Brahmans as well top quality (export) meat.

In Roma, the centre of this region, we visited the largest sale yard in the Southern Hemisphere.

At the sale yards I received first-class information on this industry and I was not surprised to hear that the reason why they have such a good reputation is significantly assisted by information and communications technology (ICT).

However, it confirmed again the massive ICT problems this industry has been facing for 20 years and continue to face because of a lack of quality broadband access.

There is an associated central electronic database which is used to record each animal’s residency and keeps track of the other animals it has interacted with. The system improves food safety, acts as a market export assurance program which improves Australia's access to foreign export markets, and assists with disease control, tracing and management.

The Internet of Things (IoT) is increasingly used by the farmers to provide up to date information on the environment the cattle lives in climate information and so on. Drones are used to check on cattle but also to check on the waterholes. A lot of this is video-based data. They also look at blockchain technologies to follow and register the life of a cow from birth to slaughter.

There is a clear need for specialised data centres closer to the main farming areas. The first autonomous machinery is now also arriving on some of the farms.

Amazingly, I was told that 95 per cent of the cattle growers are small family farmers, most of them are husband and wife teams with perhaps a few children. Because of the competitiveness of the business, there is ongoing pressure on costs. Technology allows them to do remain profitable without the need for more staff, the time of cheap labour from "swaggies" is long gone.

However, to be able to participate in this high-quality competitive business all these families and their businesses need to use ICT and they all need to have access to high-speed data services.

The quality of the business also reflects the quality of the people involved in it. They are increasingly high-educated and are technology savvy. They need not just access for their business but also for all the other social, educational. economic, financial and often medical services.

Yet most of them only have mediocre NBN access.

Satellite and fixed wireless are not providing the quality service they need. Most of them have been complaining about this for 10 to 20 years and improvements have not taken pace with the increase in their business and private requirements. This greatly limits the potential for uptake of technologies such as cloud computing, video-based surveying and monitoring, mapping, and AI and machine to machine applications.

At regular intervals, the Government has made grants available for improvement, also within the latest Budget, however that is always done on a haphazard basis and there is no strategic and structural approach.

This does not just apply to the cattle business but to the total $20 billion agriculture industry in Australia.

According to a recent report from the Australian Council of Learned Academies (ACOLA) sensors and the IoT have the potential to improve on-farm input management, while reducing the cost of detection and control of biosecurity and food safety risks. IoT and machine-to-machine (M2M) technology can also facilitate the use of real-time information to enable timelier and efficient use of water treatments and other such inputs.

Sensor-enabled monitoring could even potentially allow for new advancements in land use that could change the notion of a “farm”, especially on indigenous lands. Examples of innovative applications for IoT include virtual fencing designed to herd livestock back into their grazing areas using audio and sensory cues; and using soil sensors to enable the precision application of agriculture techniques such as spraying and fertiliser distribution.

One of the best options forwards to finally get truly high-speed access is through the previously mentioned LEO satellites and laser technologies.

I am very impressed about both the cattle business but also the other agriculture businesses we saw on our trip in this part of Queensland. Their farms look impressive and are all well maintained, their homesteads are looking good and the people are highly professional about their business.