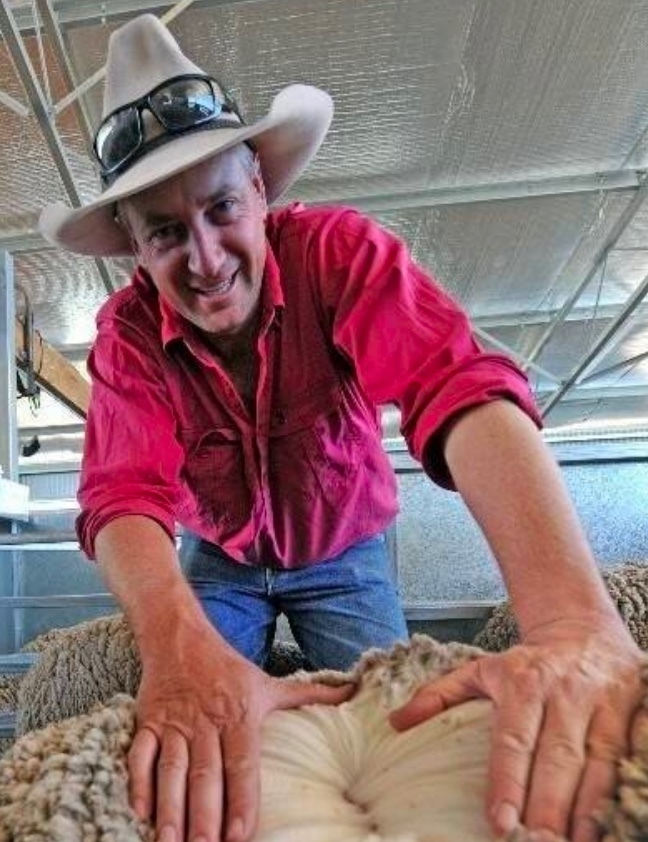 See the original article and listen to the podcast here.

Cavan Station might have well-known owners today (the Murdoch family) -but the large property in southern New South Wales, has long held a place in Australian history, as pioneers of the wool industry.

According to a recent book on Cavan Station, it was the place where the saxon merino was developed - one of the four breeding strains that still exist in modern Australian merinos.

The saxon merino was known for its fine, bright white and soft wool and was quite an innovation at the time.

In the past 10 years the now 25 000 acre (10,000 ha) property has undergone a significant transformation - focusing on environmental sustainability and animal welfare, and leveraging a suite of data and genetics technologies.

At the helm of this change is the Station’s General Manager, Matt Crozier.

He said that when he started at the farm in 2010, it had just undergone a tough five year drought, and the property had earlier been through a rapid land expansion that still needed to be consolidated.

“Generally that land was what I would describe as rundown family farms that were cobbled together,” Matt said.

“And then we had the task of trying to run these assets as a big operating station.”

Matt’s initial focus was on improving the infrastructure on those parcels of land. It was only when that was done that he could get to the “fun” part.

Shifting the farming practices and mindset of the team

Matt Crozier grew up on a farm and had experience in managing other properties before he started at Cavan Station, where he leads a team of 12.

He explains that he’s always had a strong desire to improve the land for the future. Although, back then, he wouldn’t have called it “regenerative agriculture”.

“20 years ago, people didn't really use that term”, Matt said.

“So I think at the time that we were sort of considered holistic managers or cell grazers, but we had the same philosophy- we really wanted to improve the ecosystems we were running and the landscapes that we were looking after.”

Matt Crozier, showing wool from the sheep at Cavan Station.

And that’s the approach he brought with him to Cavan Station - increasing tree planting to create shelter belts, for example, and improving grazing management.

A key enabler of the change has been gathering and understanding the data. But changing the mindset of his team from an instinct and experience-based approach to a data-driven one, was not easy.

“Initially there were guys that couldn't send a text message on their phone,” Matt said.

“And we were saying we're downloading this program called Maia Grazing onto your phone. And every time you move stock or every time you check the rain gauge, you're going to have to put something in here,” he said.

“And I used to get comments like, ‘you know, you can't use a computer to breed sheep’.”

Fortunately, the team got on board with the changes fairly quickly; they did so again when the Station moved away from mulesing. This change happened gradually as they worked to breed a sheep that would be genetically less susceptible to flystrike. Again, a different mindset was required.

How much does such a big transition cost?

It’s fair to say a property of this size would have more resources at hand than the average farm. Cavan Station is a large operation that can afford to invest in new technology and infrastructure.

However, Matt likes to challenge the perception that just because the owners are wealthy means he and the team have access to extra financial support.

“We get no external support in this business,” he said.

“Everything that we do here, we generate internally. If we want to build a new shearing shed or buy a new tractor, well, we generate the income to do that. Everything we do is just like a normal farm.”

This means the financial imperatives for the on-farm changes to work are there, too.

For example, Matt explains that many of the initial capital investments weren’t overly expensive, and have had a strong ROI (return on investment).

“I think on average we've only spent about $90 a hectare in all the improvements in fencing and water,” he said.

“So, it's not hard to work out that we're getting a considerable pay back from that investment when you see our increases in dry matter yield, because of our ability to graze the country better and utilize pastures better.”

The consumer-related benefits can be harder to measure, but Matt said that moving away from mulesing has opened up a more lucrative wool market.

“We are checking market premiums now, which is well and truly compensating us for that extra cost in production through that extra bit of management.”

Matt now plans on doing some financial benchmarking of the Station, to prove that this style of farming can be competitive.

“The financial performance of this business will be very competitive with any farming business. Yet, at the same time, we're delivering these ecological outcomes and watching our organic carbon levels increase, even through a pretty horrendous last five years of seasons,” he said.

Enjoyed this article or the episode? Please like and share it! Disagree with what you hear? Let us know in the comments or on twitter @agtechsowhat

And if you haven’t already, make sure you subscribe to the podcast on Apple, Spotify or Google Play.