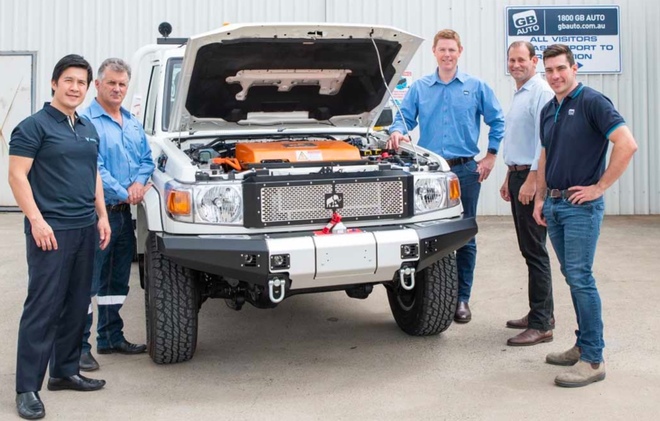 Flagged in late December by Dutch firm Tembo 4×4, which creates electric conversion kits for Toyota utes, the official signing of the deal with parent company Vivopower saw the NASDAQ-listed company’s share price jump 31% on Monday (US time) to a high of $US18.22 ($A23.51).

GB Auto first caught The Driven’s attention in May 2019, when it shared a photo on social media of its first battery-electric Land Cruiser it was testing for the mining industry – just days after the federal election campaign which saw prime minister Scott Morrison and ministers Angus Taylor and Michaelia Cash mount a destructive disinformation campaign aginst electric vehicles.

Morrison claimed before the election – without any evidence – that electric vehicles would “ruin the weekend”, Cash made out that electric utes are of no use to tradespeople, and Taylor trashed Labor’s proposed 50% EV target accusing it of being tantamount to a new tax.