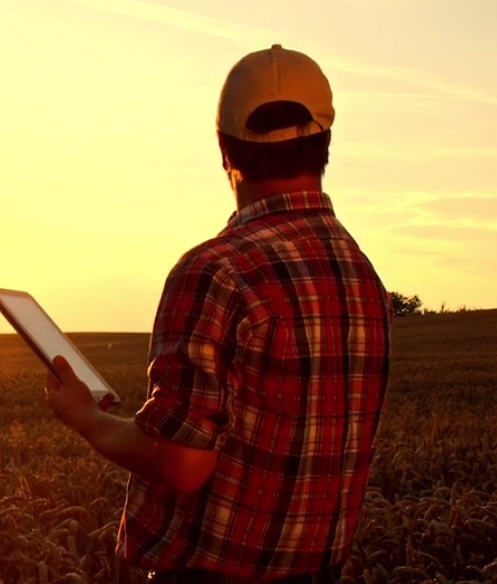 In the year 1986, Gareth Morgan published his landmark best-seller book, "Images of Organization", which explored a simple, but powerful question: What does it take to see an organization through various metaphors?

The premise of the book looks deceptively simple - until you think deeper about it.

What we think about what an organization can do often arises from the unconscious metaphor glasses we are wearing to see it.

The real problem is this.

Apart from the eight glasses which Gareth Morgan recommends, there is yet another glass, which hasn't been explored in greater detail.

The Metaphor of Algorithms.

What does it take to see an organization as an algorithm?

Perhaps, you could say that this metaphor glass comes close to the third metaphor called the brain. But, that's not entirely true. What is an algorithm? Simply put, it is a set of instructions to perform a sequence of operations.

The greatest retail organizations of yesterday and today viz, Walmart and Amazon, have become extremely successful for one deeply under-appreciated reason.

These companies have fine-tuned their operations to such an extent that they have designed and implemented their own algorithms in the market at scale with surgical precision across decades. I discovered this fascinating perspective from Zack Kanter's excellent blog, and I have been thinking deeply about it, ever since.

Let's compare and contrast the two algorithms of Walmart and Amazon.

Both Sam Walton and Jeff Bezos, respective founders, had incisive clarity about what their customers wanted.

In the words of Sam Walton,

Given that Amazon took a leaf from Walmart, evident when you read the former's unofficial biography, "The Everything Store", it was equally clear to Jeff Bezos that what we are talking about are eternal truths which don't necessarily change with scale - the timeless needs of the customers: a) vast selection, b) delivered fast, c) at the lowest possible prices, d) backed by guaranteed satisfaction

Now what sets apart the algorithm devised by Walmart and Amazon to deliver this value to the customers was the constraint they dealt with.

In the case of Walmart, which was founded in 1962, the critical bottleneck was the finite shelf-space. And so, the question for the algorithm remains:

How best can I do an optimal selection, pricing and inventory of SKUs in a, say, 20,000-30,000 square foot store so that customers can get, in Sam Walton's words, "a wide assortment of good quality merchandise” at “the lowest possible prices”?

If you look at the history of Walmart, they went to great lengths to address this question. They came up with their own satellite communication system which gave the central HQ insights about the inventory in stock.

Innovations such as a) "Computerized point of sale systems b) a massive trucking fleet to enable best-in-class logistics c) innovations in EDI ( Electronic Data Interchange), Sam’s Club format" were all the result of the focused efforts they put in building and implementing this bounded search algorithm for almost three decades, until 1994 when Amazon was born with a genius insight from its founder.

In 1994, when Jeff Bezos started Amazon, he had his epiphany that the single most powerful constraint, which shaped the retail business for more than three decades is no longer true.

You need not build a retail business around the constraint of finite shelf space.

And once you start approaching the game without that constraint, you are starting a whole new game altogether.

If you track the evolution of Amazon, once they started dealing with the infinite shelf space constraint, they soon discovered newer constraints and found an ingenious way to build platforms which address them. The constraint of Computing and Power Storage led to the birth of AWS and the constraint of New Product Discovery led to the birth of the Amazon Ads platform. I am glossing over the details here. I don't want to go much deeper into the finer details.

For the sake of our exploration, it is important to understand the broader picture of these two algorithms.

Now that I've set the stage for the two algorithms, let's start connecting the dots and see what this means for the future of agri-input retailing.

If you've read my previous article, When Bayer Met Agrostar, one insight must be obvious. Agrostar is playing the Amazon Aggregator Algorithm game, with a centralized warehouse and its dedicated fulfilment network.

Which means they have to manage inventory and warehouse costs, take care of distributor margins, and sales commission and so on. Their gross profit margins will go down south until they fully optimize their fulfilment network by making further investments in logistics networks.

Big Haat also seems to be playing the Amazon Aggregator Algorithm game in the seeds value chain (Although they have listed crop protection products, going by their branding, I suspect their major market share is in the seeds), following an omnichannel customer acquisition approach.

Dehaat on the other hand, seems to be playing the Walmart Algorithm game, following a hub and spoke operations model. So seems to be the case with Behtar Zindagi Agritech, following a "virtual inventory" model, with their trade inventory becoming the company-owned inventory.

Long story short, here is how the Amazon Algorithm and Walmart Algorithm game are playing out in Indian Agri-Input Retail.

Needless to say, I handpicked these startups to illustrate the two different algorithm game I am seeing playing out in the market. If there are other interesting startups following a model different than these two algorithm games, let me know. I am happy to check them out.

Now, let's ask the crucial question. If I were to invest in these agri input startups, which one would I bet my money on? Which algorithm game works best in the long term play?

This game has been blessed by Jio and supported by the nascent growth of digital agronomy platforms. Once they mature with massive adoption, we could see this game becoming stronger over time. However, there is a problem.

Unless you are Amazon, if you are playing this game, you are going to struggle a lot to be profitable.

I would bet on Walmart Algorithm Game if I were to invest my own money. Think about it. Even though you have digital platforms and talk all nice and fancy things about digital agriculture, essentially, you have the finite constraints of diverse cropping zones in local geographies, and you can't wish this constraint away.

Does this mean that there are only two algorithm games in this agri-input retailing?

In the next week, I will talk about a new game that is emerging in this agri input retailing space. Hint: It has to do with an Indian startup that is valued at $7.5 billion.