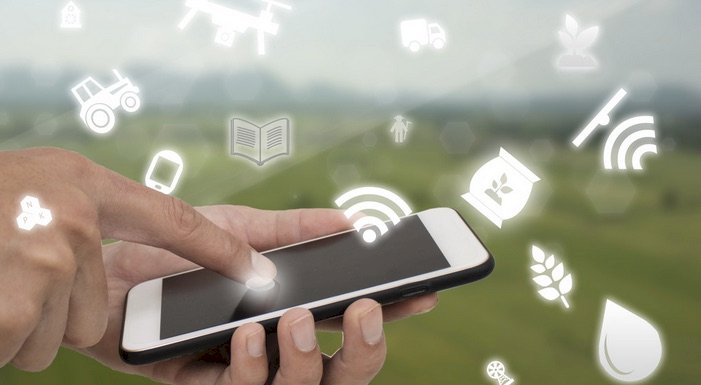 This article was first posted on LinkedIn - See here.

With a population of just over 1.4 billion, dwindling arable land and an exploding middle class with a taste for diverse offerings, the need for China to provide cheap, high quality and sustainable food sources for its people has never been more pressing. Where is China investing to future-proof its Agri-FoodTech industry?

Deep in the heartlands of rural Sichuan Province, social media superstar Li Ziqi leads an idyllic life from a simpler time. Ziqi, who as of April 2021 has the most subscribers for a Chinese language channel on YouTube (14.8 million), achieved international fame for videos of her farming, cooking and making furniture using traditional Chinese techniques. Professionally produced videos of Ziqi hand-picking persimmons while horseback have billions of views online and have impacted a generation’s perception of agriculture; they also highlight perfectly one of the biggest issues facing the Chinese Agri-FoodTech industry today- companies or technologies that generate a high degree of initial publicity but that fail to offer a viable long-term solution.

China finds itself in a predicament. There is a colossal appetite for F2F (Farm-to-Fork) fresh, organic produce grown and raised à la Li Ziqi, however the traditional agricultural methods employed in her videos, while aesthetically pleasing, are wholly inadequate to feed the world’s largest population and its ever-westernizing diet. Likewise, food produced in ‘factory farms’ that has been churning out scandal after scandal for decades is falling out of favor with Chinese consumers on nutritional, environmental and animal welfare grounds. In order to tackle this problem, China is leveraging home-grown, cutting-edge technology to produce food more efficiently in a sustainable environment. Venture investment in Chinese Agri-FoodTech companies rose 66% YoY in 2020 to over USD 6 billion and the country is brimming with corporates and startups offering a wide range of solutions from blockchain chicken farms to AI-enabled harvesting drones. The difficulty here lies in weeding through the Li Ziqi-esque companies- those that make headlines for their novel ideas and wow factor, though ultimately do not address agricultural pain points in a meaningful way- and the companies that will truly revolutionize the face of the Chinese Agri-FoodTech industry.

China’s Big Tech giants, Baidu, Alibaba and Tencent, collectively referred to as BAT, are tackling issues in the Chinese Agri-Food industry head-on and investing heavily in China becoming the world’s first AI Superpower. Though BAT stand tall, they do not crowd out all space for startup entrants. Author Kai-Fu Lee describes China’s startup culture as “the yin to Silicon Valley’s yang: instead of being mission-driven, Chinese companies are first and foremost market-driven.” Never in modern history have Chinese consumers en masse been so conscious of not just the price, but the quality of the good or service and the impact of its production on the environment. Chinese Agri-FoodTech companies are capitalizing on this demand by addressing a broad range of needs which this article has divided into 5 distinct sections, Consumer, Health, IoT, Novel Technology & AI, spelling the eponymous acronym CHINA.

With around 989 million internet users, China is home to the largest e-commerce market worldwide worth an estimated USD 672 billion in online sales each year. The success of Taobao, TMall (both owned by Alibaba) & JD.com- all titans in the global e-commerce marketplace sector- showcase China’s appetite for e-commerce. As such, it is no surprise that many startups took this B2C business model and applied it to agriculture to link consumers directly with food producers. Pinduoduo, Benlai Group, Tongcheng Shenghuo, and Dingdong Maicai are all prominent fresh produce e-commerce platforms with B2C and O2O models that have each raised hundreds of millions of dollars in funding. This sector exploded during the COVID-19 pandemic, causing food delivery veterans such as JD Daojia, Meituan & Eleme to also jump on board. Even Didi, China’s equivalent of Uber, expanded into grocery delivery & e-commerce.

Revelations about contamination, fraud, animal welfare and safety-inspection lapses, frequently transmitted nationwide thanks to the pervasiveness of social media in China, have led to a growing demand for transparency in the food supply chain. ZhongAn Technology’s highly publicized GoGo Chicken sensor is a perfect example of a wow factor company. Each chicken wears an anklet that records various information about the chicken’s diet, health, and environmental conditions all the way from farm to fork. While it sounds impressive, at USD 8-12/kg it is unlikely that GoGo Chicken sensors will attract large-scale adoption in China until it becomes more economical. A company that is a potential game changer is VeChain, a Chinese blockchain platform designed to enhance information flow for complex supply chains. In 2020 VeChain became the first blockchain-based entity to join the China Animal Health and Food Safety Alliance (CAFA) and has already formed strategic partnerships with the Chinese divisions of Bayer, Walmart, BMW and LVMH.

Adoption of digital technology on the farm generates ever-increasing volumes of data ripe for harvest. Many companies focus on collecting and analyzing this data to produce value-adding insights for the producers, their livestock, and the wider environment. Longcom is an end-to-end smart agricultural provider, with an IoT solution aimed at bringing higher efficiency and greater income to farmers, enabling an efficient, sustainable, and traceable food supply chain. Haisheng Group created a mobile app for tracking various information about fruit production. Farmers can scan each tree’s unique QR code and track its inputs such as water, fertilizer, and pesticide. Jiahe Info uses smart sensors to gather and analyze various data sources to suggest to farmers when best to commence spring planting for maximum potential yield. Nongbo Innovation develops sensors to capture moisture, pH and temperature of soil, climatic information, and variables to measure crop health as well as a cloud-based monitoring and operations management platform.

The futuristic utopia (or dystopia) of 100% automated farms is still far from a reality, though many Chinese companies and startups are speeding us along on the path to get there. DJI, Hubsan, and XAG are world leaders in drone production that offer a range of uses to automate farming, chief among them pesticide/herbicide scanning and spraying. FarmFriend created a mobile-only marketplace for connecting farmers with agricultural drone service providers. Robotics is another technology that is rapidly developing in China’s Agri-FoodTech sphere. Fujian Academy of Agricultural Sciences and Fujian Newland Era Hi-Tech Co. Ltd. have developed a robot that monitors greenhouses and through AI can make small changes to internal conditions based on plant information gathered by sensors. FJ Dynamics is a company that developed an automatic navigation system which aims to help agricultural machines achieve high-precision autonomous driving. It can be used for a variety of agricultural operations, such as ditching, harrowing, seeding, ridge, fertilizing, spraying, and harvesting. On the other side of the argument is Rooftop Republic, another wow factor company which creates urban farming projects on top of Hong Kong’s skyscrapers and educates city-slickers about farming by running regular workshops. Similar to vertical farms, it looks a lot better than the current use cases it offers.

AI is at the forefront of the digital revolution and is what enables already mentioned technologies such as Blockchain, IoT and Drones to be key to precision farming, an approach which leverages these technologies to increase crop yields and animal performance, reduce costs, and optimize process inputs. China’s position as global leader for 5G technology along with the government’s aim to make their AI industry worth over USD 150 billion by 2030 make AI where the money is in the Chinese Agri-FoodTech industry. BAT are significantly contributing to the realization of that goal. BAT’s cloud computing services (Baidu Wangpan, Ali Cloud, Tencent Cloud) have a large presence in powering much of the technology employing AI in China. Huawei is another tech giant that has recently been turning its attention to leveraging its technology to provide solutions for agriculture, in particular for the swine industry. AI plays a big role in animal health with companies like Ping An Technology, JingQiShen Organic Agriculture and Beijing Unitrace Tech using AI embedded in smart camera systems with facial recognition technology to identify sick or lame animals in a herd. The potential preventative benefits of this technology are obvious when reminded of African Swine Fever that decimated more than 25% of the world’s swine population in 2018. Megvii uses a similar technology, nose print recognition, for reuniting lost cats & dogs with their owners as well as a more Orwellian application of finding and fining owners who do not clean up after pets on the street.

Excluding BAT there is the relative absence of most of the above-mentioned companies on the global stage. Chinese Agri-FoodTech startups face challenges in scaling their businesses that many Western startups do not, a principal reason for this being that farm models in China are very different to those in other parts of the world. While China has just under 300 million acres of arable land, that area is haphazardly split across 200 million farms with an average farm size of 2.5 acres. A far cry from the average farm in the US of 444 acres. That said, Chinese farming is increasingly looking more like styles that we have seen in other parts of the world. Modern technology allows farmers to reduce inputs, minimize risk and maximize profits and while many startups are facilitating the grunt work, many of their systems are powered by BAT cloud software.

An alternative route that has proven very successful for Chinese Agri-FoodTech startups like Microgen Biotech and Labby Inc. is for Chinese founders to launch their companies outside of China where they build up their product-market fit, secure funding from European or North American VCs, then leverage their native fluency and cultural insights to hit the ground running when expanding into China with a proven product or service and international backing. With abundant opportunities across the breadth of China's Agri-FoodTech landscape, this strategy is one favored by Chinese investors.

While the COVID-19 outbreak may have dampened investment in early 2020, China's rapid economic recovery allowed for all 5 sectors of C.H.I.N.A. to see spikes in funding as the year progressed with total venture investment in the Chinese Agri-FoodTech industry for the year up by USD 2.4 billion on 2019's USD 3.6 billion.

Thanks to Patrick Lee for his research and writing for this blog, and to Ian Lahiffe for his contribution.