Ag Tech Sunday - Where to start with Carbon Credits? 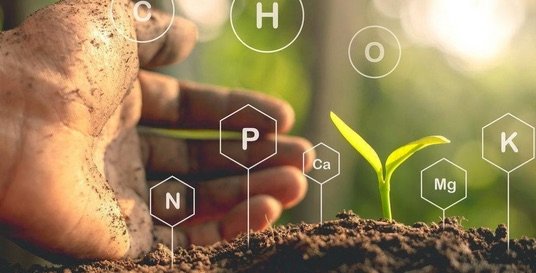 International debates about greenhouse gas (GHG) emissions have been ongoing for quite a number of years already, and I think it’s fair to say that everyone is aware of our ‘carbon footprint’ and the effect it has on the environment. New cars are changing over from fossil fuels to electricity at high speed, renewable energy generation is on the rise everywhere, and every manufacturing process is seemingly getting adjusted to create the lowest carbon footprint possible. Increasingly farmers are getting interested in this debate as well, as it is becoming clearer that they can play a major role in achieving ‘net zero’ emissions targets that most countries seem to be aiming for.

Where most businesses are net emitters of carbon due to its omnipresence in most aspects of our lives, farmers are in a unique position as they are able to sequester carbon into the soil while still using the land for their production processes. So, where most businesses will emit carbon while going about their normal business, farmers can sequester carbon while going about theirs - or with only having to make minor adjustments. Focusing on carbon sequestration is also nothing new for most farmers; the link between soil carbon content (SCC) and soil moisture holding capacity has been established a long time ago, and this has of course been a focus for farmers for many years, especially in arid climates such as Australia.

What is starting to change for farmers however is the increasing focus globally of large carbon emitters wanting or needing to offset their carbon footprint, This can either be through self-imposed sustainability goals, or it can be enforced by a government in order to help a country move towards net zero. The result? Carbon trading on platforms like Nori. On these carbon trading platforms, growers can sell ‘carbon credits’ for every ton of Carbon they have sequestered, and individuals or businesses can buy these credits in order to offset their carbon footprint.

Sounds uncomplicated, right? It should be, and probably could be, but between the scientific methods needed to prove sequestration and the political will to put a system in place, many countries seem to still be stuck in the same place they were 10 years ago. Australia for example announced an Emissions Trading Scheme (ETS) in 2009, but this never materialized due to several complications inside and outside the political arena. With the pressure on both governments and businesses increasing to work towards net-zero however, it is likely that the stalemate won’t last much longer.

In the USA, Australia and many other countries, scientific carbon and GHG accounting methods such as COMET-Farm and FullCAM exist, but utilization rates of these models and resulting carbon credit sales appear to be very limited still. This is most likely due to the heavy administrative burden and auditing costs placed on farmers who are interested in carbon accounting and selling carbon credits to net-polluters. Put simple: the work and risk involved don’t stack-up yet for the majority of the farmers.

While it might not be easy or straightforward yet for farmers to sell carbon credits, all macro environmental factors point towards this becoming a more common practice in the not too-distant future; which means that governments will have to lower the entry-threshold for the majority of farmers to the carbon market.

So what can or should growers already do now in order to prepare for monetizing their carbon sequestration abilities in future? The one thing that most official carbon accounting methods and alternative methods have in common is the focus on changing habits and practices. In most countries, in order to be able to sell carbon credits, farmers need to show that they have improved their soil carbon levels, that their field management practices have significantly changed over a number of years in order to promote carbon sequestration, or show a different kind of positive change over a number of years.

The main requirement for any of these methods is the need for farmers to have a solid set of farm data around crop production and management of their natural capital / resources available, in a format that allows for automated utilization in carbon calculation models; whichever model that might end up being. Digital record keeping is something that farmers can, and probably should, already do today in order to be prepared for monetizing this ‘new agricultural commodity’ when the opportunity arises. Saving and storing your field records, soil samples and other data in a structured format in a database that allows for data exchange with third parties or simple exports to a file type of choice, ensures that farmers can easily prove their field management practices in retrospect, and thus show the effectiveness of changes they are looking at making.