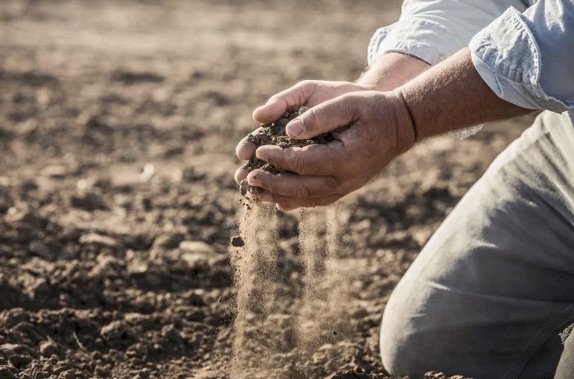 Drivers and barriers to turning soil carbon into a commodity

Soil carbon is shaping up to be a commodity- a digital crop in its own right, as some call it. But the landscape is confusing and rapidly evolving, with new technologies and incentive schemes emerging weekly. Agriculture experts and tech companies alike are claiming that soil carbon payments hold huge potential as a new revenue stream for farmers and as a weapon against climate change. Yet, others are more skeptical.

Our latest episode explores various drivers behind the soil carbon hype, and possible pathways to ensure we maximize environmental and economic outcomes. Here are two insights from the discussion… check out the full episode for more!

Despite a proliferation of different measurement systems and incentive schemes (e.g., offsetting and insetting programs), the goal or “outcome” is the same: drawing down carbon from the atmosphere and sequestering it in soil.

And this is what makes Richard Heath, the Executive Director of the Australian Farm Institute, optimistic overall. He argues that soil carbon is only confusing right now because it’s “in a state of rapid maturation.”

“It will coalesce over time. It’s just the way markets work. But how we get there more quickly and how we do it in a way that makes sense for farmers and farm businesses to participate equitably, that’s the challenge,” he said.

Richard says whatever the incentive scheme is, we need to move towards an outcomes-based approach, and to make schemes consistent in terms of the indicators and metrics they use.

“So one ton of carbon dioxide equivalent is the same- regardless of the incentive, it’s being measured and described in the same way,” he said.

“And if we’re thinking about the outcome, then it’s more likely that we get that consistency and compatibility across all the incentive pathways.”

But, Richard also warns there is a danger of becoming too narrowly focused on outcomes - that there’s a “real potential for perverse and distortionary effects” if a particular outcome becomes the sole focus.

For example, if an incentive scheme only focused on measuring the concentration of carbon in the soil, then farmers could “beat” the system by simply compacting the soil.

Of course, overly compacting the soil is something a farmer is unlikely to do for many reasons, but it highlights the potential for perverse outcomes to arise, and therefore the need to recognize practices (and the co-benefits of incentive schemes), as well as outcomes.

Accuracy is of course an important metric when measuring soil carbon- we want to be sure the incentives are actually producing environmental results.

But Rob Waterworth, CEO of FlintPro, has been working in carbon accounting for two decades, and says focusing too much on accuracy has “clouded our thinking very badly for the last 15 years.” It has even, he explains, caused projects to stall or even stop, “as people argue about whose map or model is more accurate.”

Some marketplaces, such as Australia’s Emissions Reduction fund, use formal methodologies which have a high focus on accuracy (e.g., direct soil sampling).

However, the costs of getting this accuracy may not be worth it when lower accuracy approaches (e.g., remote sensing + models) are significantly less expensive.

Further, Rob argues that a focus on accuracy often misses the point - we need to understand what information we’re trying to collect first, particularly if it’s about understanding change.

“I’m not saying we don’t want accurate data,” he said.

“But there’s no point in trying to create a really accurate map every five years. For example, if we’re trying to track changes over shorter time periods, I would prefer to have less accurate maps every year,” Rob said.

“I’d also want to make sure those maps were cost-effective and relevant to the mitigation actions, so when you’re talking about measurements, you can actually say the soil carbon has gone up… and it’s because of this.”

For more insights from Richard, Rob, and our third guest, Paul Scoullar, Strategic Sourcing Manager at Mars Petcare, check out the episode.

Related Resources Mentioned in the Episode: