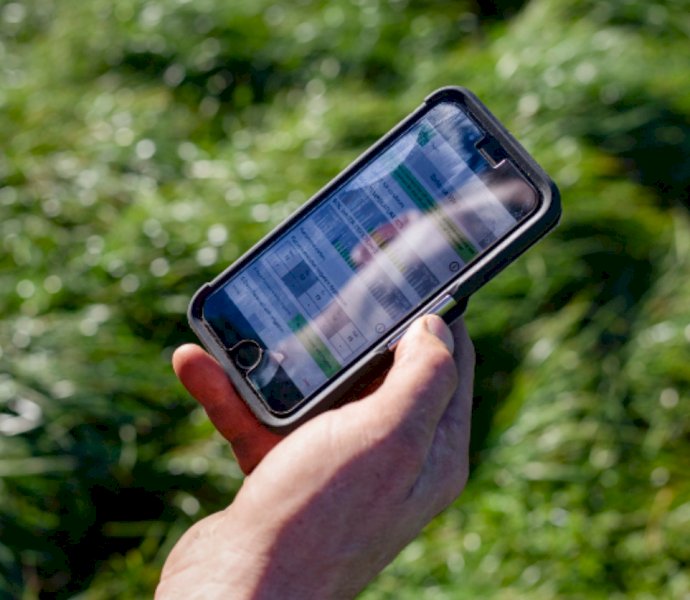 A few years ago, I was sitting in my office on the farm, and I saw a chart which made me totally re-think my business.

The 3rd Agricultural Revolution has been a story of the power of the farmer gradually slipping away.

Today, the vast majority of the value of the gross revenue generated on farms goes to the rest of the supply chain - the supermarkets, the intermediaries, the seed and chemical companies and so on.

100 years ago, more than 50% of the gross revenue of a farm went to the farmer. Today, that figure is somewhere around 10%.

This chart from Darrin Qualman, the one I was looking at in my farm office, illustrates the change with terrifying clarity.

This is a global trend.

But as we enter the 4th Agricultural Revolution, there is a chance for farmers to change the dynamics of their industry.

When I went back into the family business, I used to like to think of myself as being entrepreneurial, in charge of my own destiny and the performance of my business. Unfortunately, what I realised when I looked at this chart was that my farm and everyone who worked on it was in fact operating as contract labour for other parts of the supply chain.

There is a stark difference between being labour and being capital. When you are labour, you work for someone else. You get a salary, but you are largely insulated from the ups and downs of the organisation for which you work. When you are capital, you own the organisation or at least part of it. Yes, you are generally more exposed to risk and competition, but you also get to participate in the upsides.

As farmers, we’ve unwittingly embraced this change. We were told that the most important thing to focus on was operational efficiency, we were told that we should focus on the marginal gains. Engaging directly with the marketplace was too risky, too capital intensive and too difficult. Marketing, finding a niche, building a brand - all of this was stuff that farmers were not good at. So in order to have the freedom to focus on being an operator, we have outsourced these things to other companies in the supply chain

As a result, my farm and other farms like it, had shifted from being capital, people who owned a significant portion of the output from our farm, to being labour, people who were paid as though we were employees of a company.

If you’re on a supply contract for something that you produce on your farm in which all you have to do is produce the thing that you are contracted to produce, and a large corporation will come along, collect it and deal with everything from then on, you’re not an entrepreneur in charge of your own destiny, you work for that large corporation. You’re an employee, you are contract labour - valued as long as you hold up your end of the bargain, but entirely replaceable by other suppliers of contract labour who can produce exactly the same things that you are producing.

If this is the case, wouldn’t it be better for you to go and get an actual job at a corporation? With employee benefits and pensions, weekends off and reasonable working hours?

Relationships with big corporates can be useful for farmers in many instances for certain parts of the business, but farmers need to be careful that they are entering into these relationships consciously, and not working themselves into a situation in which they get all of the downsides and few (if any) of the upsides.

How I have shifted my mindset

On my farm, and in my life, I’ve shifted my mindset, because I am determined to own a significant piece of the future of farming.

I think many more farmers should be doing exactly the same.

Before I made this shift, I didn’t feel any sense of power or control over my own future - I was entirely at the mercy of the markets, the weather and the whims of the rest of the supply chain.

I tried for many years to embrace the efficiency mindset. I joined benchmarking groups, we tried growing different crops which had better gross margins and I started measuring everything that was happening on the farm in huge detail.

But I realised that in the long run, those decisions didn’t make a big enough difference. The big decisions weren’t which crops we should grow, or when we were going to time our fertiliser applications on the farm, or even which cultivation approach we were going to take.

What I realised was that farming was an industry ready to undergo significant change, and that this change was going to be created by technology. I realised that new technologies coming into the industry would mean that new companies were going to be created which could change the market dynamics of the industry. I realised that the structure of the supply chain was going to change too, and that the way consumers bought food and the way they thought about where their food came from would be different.

The three things that farmers can do

Change is happening all around you as a farmer, all the time, and the pace of that change is accelerating.

Here are three ideas that can help you to implement this thinking for yourself in your own business.

Idea 1 - Use new technologies to access and create new markets

Embrace the transformative impact that technology is having on supply chains. Some of these are things which are well established, such as using websites and social media to access and engage with customers. This is an easy first step, one in which you can start with something small and manageable initially, and something that all farmers, no matter what they produce, should be looking at today. You might not know how to do this yourself, but there are literally thousands upon thousands of people in the world who are fantastically skilled in this area, and very willing to help you for modest fees. As Dan Sullivan says - think who not how.

It is also important to look at the technologies that are coming down the track, and to spend time thinking about the changes that they will enable. As two examples from many that I could have chosen, blockchain technology and 5G / 6G connectivity will have a really interesting impact on supply chains.

It will be possible for a consumer to pick a particular part of a field at the start of a season to provide their annual supply of bread, and another part of a different field, maybe on a different farm, to provide their vegetables. They will have a direct connection with the farmer, they will know exactly how that field has been farmed, and from the consumers perspective it will be no more challenging for them to buy their food in this way than it is for them to complete their online supermarket order today.

Think about the potential for these technologies in new carbon market places, in which highly accurate measurements of your soil can enable a new income stream for you.

As a farmer, you should be actively increasing your awareness of these technologies and thinking about how they will change the way you do business. (You can read more about these trends at the4AR.com).

Shortening supply chains, interacting directly with consumers, capturing a greater share of the value created on your farm - this should be a major focus of every farm business over the next decade.

Of course, new technologies will also automate many of the tasks that farmers currently spend their time on, creating a freedom of time which enables them to focus on higher value tasks, such as those described above.

There is already a huge amount of innovation and investment coming into farming, but the range of activities is going to continue to increase over the coming years. The most exciting innovations are being developed by startups. Farming is an expensive industry and a difficult one to operate in, which means that all of these startups need money and lots of it. This presents a fantastic opportunity for farmers to invest in and own a share of the equity in these businesses.

Farmers are much better placed than other early stage investors to assess the usefulness of these new technologies to their industry. Farmers are also temperamentally well suited to being tech investors, because they are used to thinking long term and having patience! What you are presented with when you invest in early stage startups is not a finished product, but you have to believe that the team can make it happen.

It’s important to realise that investing in startups is a risky business - some of the money that you put in will disappear to nothing, and so for this reason farmers should gradually build a portfolio of companies.

But some of these companies will work. This is a $5 trillion industry, and if you agree that it is ready for huge transformation and that there are going to be new companies coming into the sector, there is also an opportunity for farmers to own a part of that $5 trillion as shareholders in these new companies.

Farmers should be thinking about venture capital as a new part of their business, learning about angel investing and putting aside some of their capital every year to invest in this, even if it is small amounts initially.

Make the right decisions and they could transform your farm forever.

Not only should farmers be owning these new businesses, they should be advising or even founding them too. Wherever possible, farmers should be getting directly involved with innovative startups, supporting the creation of new capabilities for their industry.

At one end of the spectrum, you might consider becoming a founding partner of a startup. In the UK, in particular, we need many, many more farmers to do this. I can tell you from personal experience that it is incredibly time consuming, but it is also enormously rewarding. Today, even though I am full time at Small Robot Company I genuinely feel as though I am working towards the future of my farm. In fact, the process of forcing myself to hand over responsibility for the day to day running of the farm has been enormously beneficial for me and for the farm.

If that is too extreme, then think about working for a startup for a day a week, or becoming involved as an advisor or non-exec director.

It might feel exposing to offer your services in this way but trust me, particularly if you are potentially a customer for their products further down the line, any Ag Tech startup would be absolutely delighted to have you.

The most important message here is that, as a farmer, you must not sit back and let these innovations be developed and owned by others exclusively. Don’t think of yourself exclusively as a customer, someone who is only interested in this technology when it is fully developed and deployed. Think of yourself as part of this transformation that is happening to your industry.

I have learned that by embracing this change, I have grown enormously as an individual. And that both my farm and I are capable of more than I ever dreamed possible when I was sitting in my office, all those years ago, not feeling very certain about what the future held.