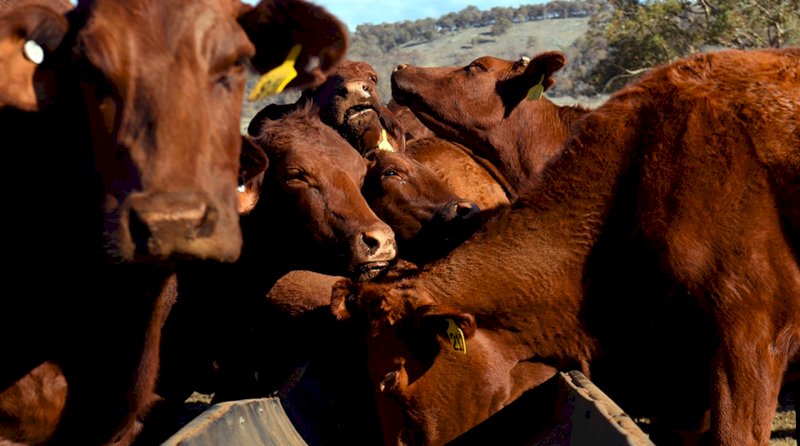 Nonetheless, conversations about sustainable food and agriculture are increasingly susceptible to emotional debates and even misinformation, and red meat is in the center of many of these discussions.

In this episode, MLA’s Managing Director, Jason Strong, discusses the future of the red meat industry, its relationship to other forms of protein, and the increasing amounts of misinformation between the two.

The episode shares the following insights.

“We shouldn't be naive about the opponents of red meat... we should be very positive and excited about the opportunity for the growth in protein demand.”

Much of the conversation today pits red meat and alternative proteins (e.g., plant-based, cultured meat, etc.) against each other, implying that the rise of new forms of protein is a threat to established industries.

Jason explains that, “we have these incredibly passionate, extreme views for alternative protein options and largely the way that they promote or push their case is to denigrate the red meat sector.”

Unfortunately, this is true on both sides in many cases.

Yet, with demand for both set to outstrip current production capability, perhaps there’s an opportunity to move beyond this framing.

But sustainability is multi-faceted and difficult to achieve

The growth in demand for protein, while large, is not free from new pressures and considerations. Succesful protein industries, including red meat, must be both profitable and sustainable.

“There's no point having a carbon neutral goal, if we aren't still productive, profitable, and have intergenerational sustainability”

MLA’s carbon neutral by 2030 goal is the industry’s proactive strategy to demonstrate that Australia’s red meat industry can not only feed the world, but also be part of the solution to climate change. They are investing in technologies from genetics to husbandry to achieve this commitment.

“If we aren't a strong voice, and aren't proactive about demonstrating that we've got this, that we actually have a solution for productivity and profitability for intergenerational sustainability, for leaving the environment a better place and being part of the climate solution, then, we absolutely run the risk of things being imposed on us.”

MLA is actively engaged in all forms of marketing and promotion for red meat, the annual Lamb Ad perhaps most famously. But as new forms of media and communications technologies shift dynamics of trust and enable misinformation to pervade, other communications techniques will be required.

Listening and patience are two examples; ones that Jason has had success with in tricky situations.

10 years ago, in a discussion with the FAO around environmental requirements, Jason was asked about Australia's appetite for environmental and welfare standards.

His radar went up, thinking this would be a disaster and that Europe would impose regulations on Australia. Rather than jumping to that conclusion, though, he asked what they had in mind.

It turns out that Australia would already have had 100% percent compliance with the changes proposed.

“Part of what we have to do is just not overreact to these things, as much as we want to keep control of the path that we want to be on.”

For more insights from Jason, listen to the episode above or wherever you get your podcasts! And for more on the growth in protein demand, what’s happening with “meat” labelling, and research on alternative proteins, check out the links below.