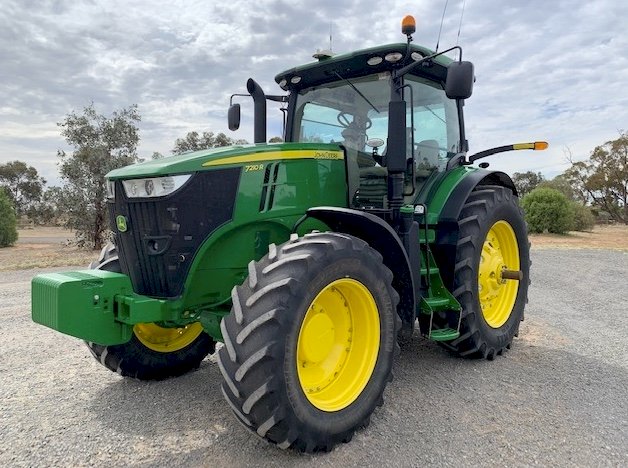 Broadband might not be the first thing that comes to mind when you think about farming, but an executive from heavy equipment company John Deere argued maybe it should be.

Nancy Post, director of the Intelligent Solutions Group at John Deere, told Fierce connectivity has been an integral part of farming for a long time, noting satellite in particular has been used for at least 20 years to help steer tractors out in the fields of rural America. The industry has leveraged progressive iterations of cellular technology as well, she said, using first 2G and then 3G and 4G to transmit and process data from a growing number of sensors onboard a wide range of farm vehicles.

These days, a vehicle system comprised of a single tractor with a 60-foot row planter hitched on the back has 300 sensors and about 140 controllers onboard, Post said. And today 3G and 4G connections are being used to process between 5 million and 15 million sensor measurements from farm equipment every second, sending these up to the John Deere Operations Center farm management dashboard hosted in Amazon Web Services’ cloud.

Post explained the data gleaned from these machines is critical to reaping more from finite swaths of arable land.

“The population is growing and it’s growing quite quickly. As the population grows, we of course need more feed to feed animals and more crops to feed people. And so we are trying to make sure we stay ahead of that, that we don’t have a crop shortage,” she said. “We are focused on reducing inputs and producing more outputs with the same amount of land.”

Data generated by sensors on farm machines can help ensure seeds are planted at the right depth, receive the right amount of water, are positioned to get the right amount of light and are sprayed with the just right amount of herbicide and pesticides. The sensors can also actually help reduce the amount of pesticides used by allowing the machines to zero in on weeds in the field and target their spraying to an area the size of a postage stamp, Post said.

Studies suggest there’s room for even more innovation. In 2019, the U.S. Department of Agriculture (USDA) released a report which determined “many technologies within agriculture are at early stages of adoption today – suggesting greater potential economic benefits from increased access to connectivity to support these emerging applications.”

Post said the potential of farm sensors is currently hampered by coverage limitations. Today, a majority of data is collected and stored onboard the vehicle until it reaches a connectivity zone to transfer that information to the cloud. However, a broader, faster connection – say, on 5G – could enable machine-to-machine communications that would allow farmers to work even faster and smarter.

She continued “when you can rely on something, then you can start planning on it and you can add optimization that I am positive hasn’t been added yet today.”

The aforementioned USDA report put a number to that, estimating that realization of full potential of digital technologies “could create approximately $47–$65 billion annually in additional gross benefit for the U.S. economy. In other words, if broadband Internet infrastructure, digital technologies at scale and on-farm capabilities were available at a level that met estimated producer demand, the U.S. could realize economic benefits equivalent to nearly 18 percent of total production, based on 2017 levels.”