Ag Tech News - For Autonomous Equipment, the future is now 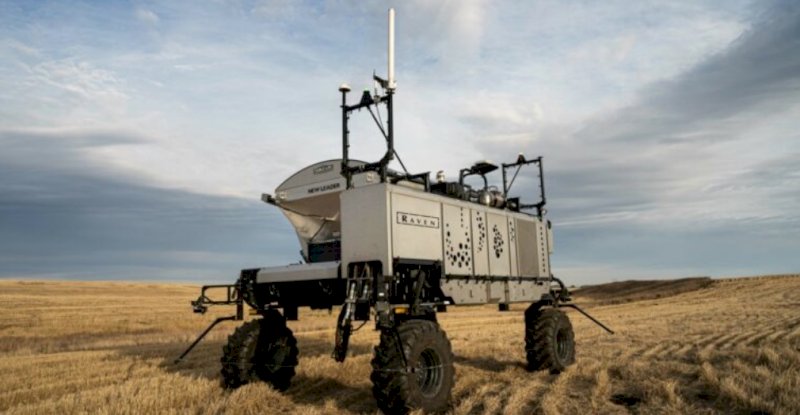 Driverless equipment, once a pipe dream, is here.

The agriculture industry has been moving along the path to precision technology and automation for years. Variable rate technology (VRT), GPS-guided applications, automatic adjustable spray systems and automated steering systems are all either a stable of grower’s operations or are on the way to being one. All along, innovators at the leading edge were thinking into the future, with the goal of truly driverless equipment, which would free growers from the cab and allow them to increase productivity and efficiency. Well, that future is now, with the launch of Raven’s OMNiPOWER™ system.

OMNiPOWER isn’t just a machine. It’s a self-propelled power platform that turns existing equipment such as a spreader or sprayer into an autonomous machine. It’s interchangeable between multiple implements and is controlled by the operator via a tablet. OMNiPOWER can be sent on autonomous tasks without a driver in the cab.

“It’s Going to be a Gamechanger.” Brent Reichmuth, Vice President of Operations- Area 1 at Central Valley Ag (CVA), thinks OMNiPOWER could be a game changer. CVA, the largest locally owned cooperative in the U.S. with 64 locations and 2.6 million acres to service, recently acquired an OMNiPOWER with a dry spreader implement.