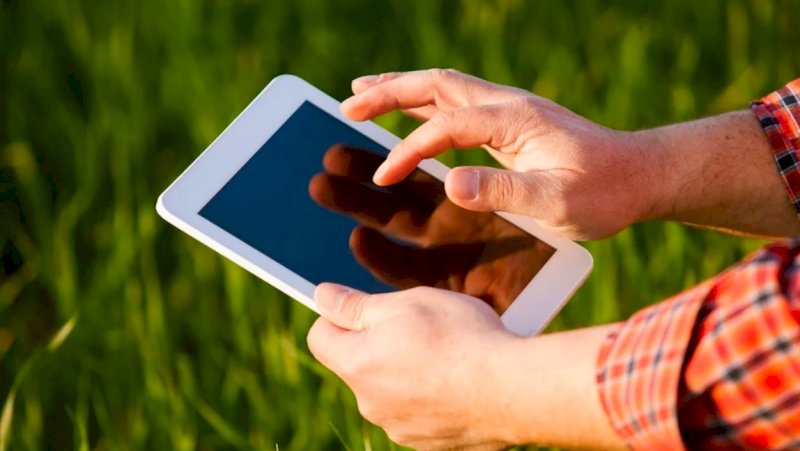 Industry collaboration is helping propel the next generation of Western Australia’s agritech startups onto the world stage with the skills and knowledge to help solve agrifood challenges. A reinvigorated series of the Agtech Meetup initiative, led by Beanstalk and DPIRD, will begin in October, 2021 to help strengthen WA’s burgeoning agritech ecosystem.

By Judy Kennedy for EvokeAg

Innovation agency Beanstalk is leading a resurgence of agritech networking in Western Australia after it was contracted by the WA Department of Primary Industries and Regional Development (DPIRD) to survey what the sector needs to succeed.

Beanstalk’s Cal Archibald says the focus will be on creating a new ‘centre of gravity’ for the agritech industry in WA through a series of four quarterly metro meetups in Perth, starting Thursday, 28 October, 2021 and possibly two in regional areas in early 2022.

“There’s a lot of excitement in the sector at the moment, it’s been a huge year for agriculture in Australia and evokeAG. is coming to Perth next year, so there’s definitely a lot of chatter about agtech, innovation and collaboration,” says Cal.

“We’re planning a mix of digital delivery and face-to-face events to provide networking opportunities for agtech developers, potential investors, agribusiness representatives and grower groups, to build a depth of experience in the ecosystem here in WA.”

“DPIRD is funding the meetups and we’ve pulled together a great organising crew that includes people from agricorporates like Rabobank and CBH, agtech startups and companies like AgWorld, and AgriStart’s Tash Teakle, who was behind the original iteration of the meetings in 2017-2018, which attracted 900 members.”

Cal says more than 30 conversations with the agritech community showed it was time to bring everyone together again, to overcome WA’s isolation, learn from successful startups, and identify the challenges for agriculture that need solving. “Our remoteness is unique in that it forces farmers to be early adopters but it’s really hard if you’re trying to build an early-stage company. The WA market is only so big, and if you’re building an agtech solution, sooner or later you have to jump the chasm to get to the east coast or up to Asia or over to Canada and the US,” says Cal.

Another challenge is that much of the investment in the west is concentrated in the lucrative mining sector, but Cal says there’s plenty of scope for leveraging some of their advances for agriculture.

“At Beanstalk we’re really excited about focussing on the big challenges. If agriculture can get really vocal about the problems that need solving, there’s no reason why all this amazing capability around automation and remote sensing and working in regional and remote areas that’s been developed in mining can’t be adapted to agriculture.”

Cal cites the success of the Perth-based Core Innovation Hub, Australia’s first to focus on resources technology to grow energy and resources-based startups and SMEs, which recently opened a second office in Adelaide and a new regional centre in Newman, WA.

And he highlighted the habits of locally-based companies like AgWorld, a 2009 WA startup that sold to Canada’s Semios for $100 million in September 2021, and blockchain-backed beef exporter Latitude28, which spun out its authentication technology into the new company, Orijin Plus. “There are common threads to successful ag companies that these two [Agworld and Orijin Plus] got really right – a deep knowledge of the customer from the outset, and really understanding the problems they needed to solve, as well as daring to think big outside WA. But they also made sure they had all the skills elements,” says Cal.

“Doug Fitch, Agworld’s Co-founder and CEO, still spends time on his family farm but employed the technical expertise to build his software solution and business acumen, and the Williams brothers from Latitude28 came from a farm but between them have 20 years’ experience in China and speak Mandarin, so they know the customer but also the pain points of being an Australian ag and food exporter.

“These meetups will help agtech founders to level up the areas of experience they need.”

Agritech should be funded as a ‘separate industry’

AgriStart recently partnered with evokeAG. to run a virtual program, The Startup Network, that selected and supported the growth of nine Australian agritech founders, with a focus on adoption and connecting founders with farmers. AgriStart is planning to kick off its next accelerator program, sponsored by DPIRD in WA, from February 2022.

Tash says regional meetups will be critical to opening up agritech to WA’s innovative farmers, who are keen to try new technology but need to be given the opportunity to see and talk about it.

“In WA in particular we need to recognise agtech as a separate industry because Australia is under-investing in this space,” says Tash.

“We’re a mining-focussed state so in general, agriculture startups get less funding. We need agtech to be considered in the same way as the METS sector [Mining, Equipment, Technology and Services] works to develop and export knowledge, technology and practices for resources.”

DPIRD’s Business Development Manager of Investment Agribusiness Food and Trade Peter May, agrees with this sentiment.

“Australia has a goal of achieving $100 billion in farm gate output by 2030 and the agtech sector has a significant role to play in achieving this goal,” explains Peter.

“Through Beanstalk, DPIRD is identifying how to target and support agtech so we help position early-stage businesses to attract investment and expand. The feedback from the survey was about skill development, commercialisation pathways, business and commercial skills, understanding what’s involved in working with a partner to commercialise your project, and what’s available through other organisations like Austrade and AgriFutures.” Peter says support through meetups can deliver clarity for what startups are trying to solve, enabling them to pitch and articulate what they want, from partnerships and funding to third party contacts.

“As a result, their ability to progress is transformational. And it adds to our ability to attract smart people with experience, and builds a competitive, vibrant startup community,” says Peter.

“WA offers a huge opportunity for agtech, with opportunities growing rapidly in the grain, wine, seafood and aquaculture industries.”