A standout leader in the Grains industry - Andrew Weidemann 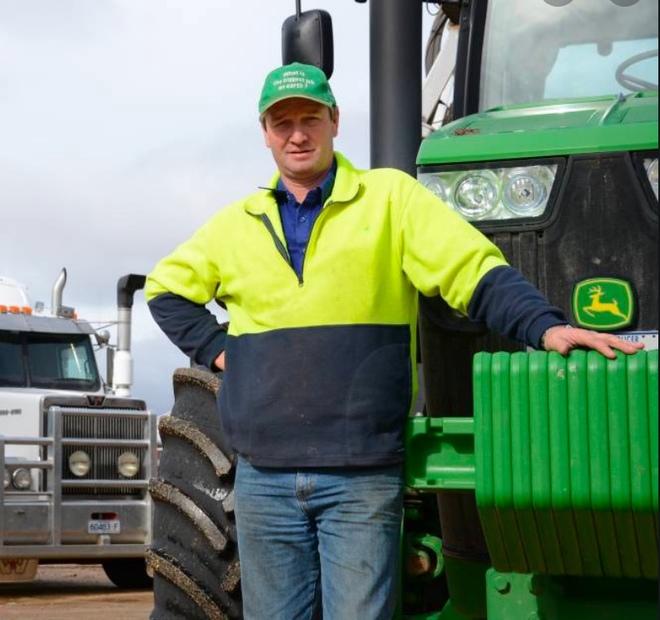 Andrews commitment and resolve in representing grains farmers is unparalleled. In conjunction with his role leading GPA, Andrew remains a leading farmer, committed local community member and advocate for both the grains industry and community at the local, state and national levels.

The Board and staff of GPA acknowledge and applaud Andrew’s commitment to his industry, his advocacy work and his tireless work ethic.

Mr Barry Large, Deputy Chair of Grain Producers Australia and farmer in Western Australia said, “It is a great day for agriculture for Andrew to be honoured for his efforts for the grains industry. He puts the grains industry first, which would not be possible without the support of his wife Julie, his brother Rodney and wife Andrea in the partnership on the family farm.”

Mr Large said, “I am proud to work with someone working on making agriculture in Australia better for farmers.”

Dr Tony Gregson (AM), farmer, renowned scientist, former chair of PHA and inaugural Director of both GRDC and CSIRO said, “Andrew has done an outstanding job, tackling big issues for the grains industry. It is a richly deserved honour and recognises the respect both industry and government have for him.”

Mr Jamie Smith, former Chair of Grains Council of Australia and farmer in South Australia said, “It is a great honour for Andrew who has been an industry stalwart for a long time. He has been integral to the transition of grains farming advocacy into more commercial thinking.”

Mr Terry Enright, Chair of Australian Export Grain Innovation Centre (AEGIC) said, “The award is recognition of the long-term effective representation of grain growers – a lot of work and effort over a number of years. Andrew has been instrumental for substantial change in the industry.”

Mr Wayne Newton, former President of AgForceQLD grains board has worked with Andrew for many years and said “Andrew is always available and enthusiastic about the industry as a whole. Most people would have spoken with Andrew while he is on the farm, particularly in the truck.”

“Andrew has always given 120% for industry,” said Mr Newton.

Mr Dan Cooper, former NSW Farmers Grains Committee Chair and farmer in NSW offers huge congratulations and said “It is a fitting award for someone who has contributed so much over a long period of time. I can’t think of anyone more deserving of the recognition.”

Mrs Tanya Pittard, Policy Manager of GPA said it is important to acknowledge Andrew’s commitment to supporting young people and inclusivity in agriculture. “When I started in the industry twenty years ago, Andrew stood out from so many industry members as he would actively promote and support young people to have passion for the grains industry, find their voice and put forward their ideas. He is highly deserving of the recognition he receives as he works tirelessly and without thought for reward.”