Market to 45,891 farmer members and get higher indexing through the search engines.

For sale is a 1973 International Acco 1912/A Twin steer bogey drive.
Engine is a V392 dual fuel but has been run only on gas in recent times.
A tipping tray has just been taken off so it is selling with a bare chassis. It has a PTO but no hydraulic tank.
The truck was used year in, year out up until it was replaced this year. I'll be selling an aluminum tipper to suit if interested. 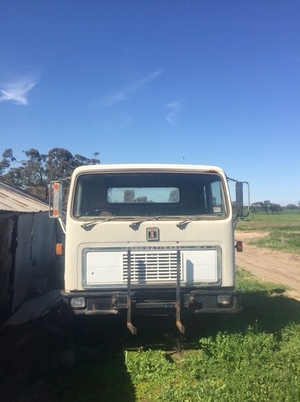