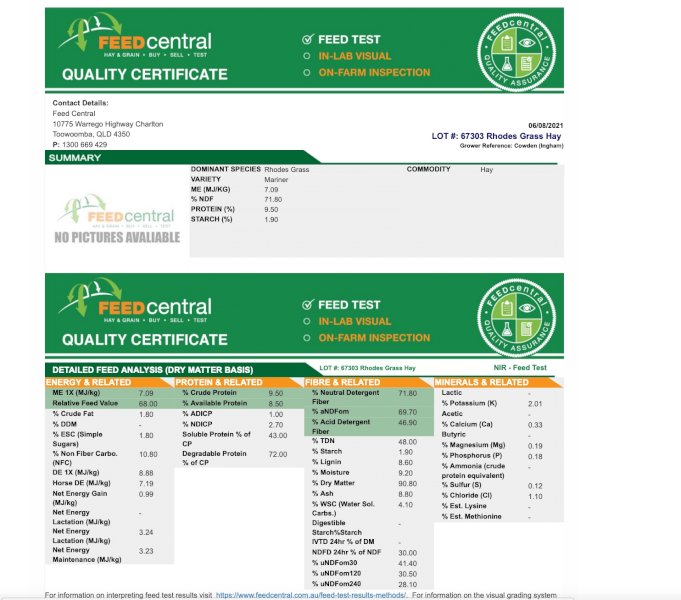 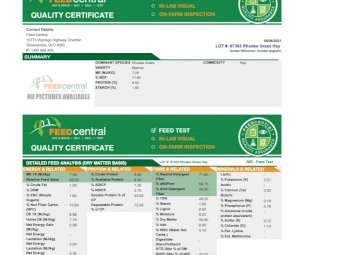 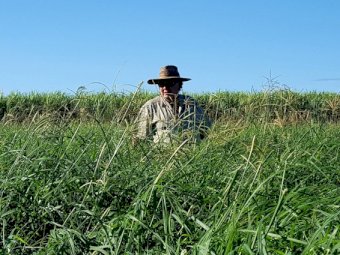 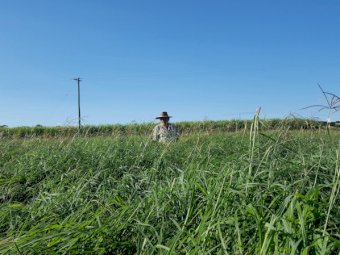 We are transitioning out of sugar cane and into hay farming,we have approximately 16ha.[40 acs.] of prime land on the bank of the Herbert River just 2klm.north of the town of Ingham .The soil is comprised of a silty loam with deep topsoil and no clay,this means that it allows water to percolate through, and yet has the ability to hold moisture for extended periods of time without rain. Further to this,we have also formed 8mtr.wide beds to shed the water off during heavy tropical downpours so waterlogging is reduced to a minimum,it also allows hay machinery to operate earlier than would be the case otherwise.Over the last 2yrs.we have trialed 3 varieties of lucerne using the same system,last year we grew an excellent crop of lucerne only to lose it during our last prolonged wet season,so much for plan A . Now to plan B, - On the 23rd. of March 2021 we planted 1.5 ha.of Mariner Rhodes grass,it is a relatively new variety with a high leaf to stem ratio when compared to other Rhodes grasses.It has been specially bred for the wet tropics,true to its name it lapped up our prolonged wet and has grown at the rate of half a meter a month.It will be ready to cut and bale in a month.I expect to cut and bale 500-600 bales .As I am depending on natural rainfall to grow pasture I expect to average 3 cuts per year,meaning that the same 1.5 ha.would produce 1500-1800 bales per 12mth.cycle.Starting this year we will be increasing our area of Rhodes Grass by about 4 ha./yr.until we have the total of 16ha.[40acs.] under pasture.This would equate to 10-20 thousand small rectangular bales per year [or equivalent ]depending on the seasons.All hay will be closely monitored for moisture levels by a 'state of the art' moisture meter [$1000 worth ] to produce only high quality hay bales.As well as this,all bales will be treated with a relatively new sulphur based preservative which consumes all oxygen within the bale preventing any bacteria from forming due to the presence of moisture .It also increases palatability by prolonging hay freshness within the bale.This preservative is also used in food for human consumption. All our pasture is fertilised after each cut according to soil tests and sprayed when and if necessary to control weeds and vines as far as possible.Its a fact,that optimum nutrition in pasture translates directly into optimum protein levels in the hay. Loader Available

Thank you! A DelayPay representative will get in touch with you shortly